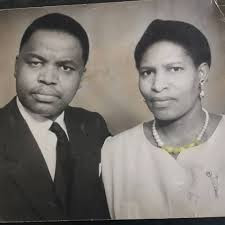 CHIPINGE - In a show of common purpose never experienced in Chipinge district for years, thousands of people of different statuses poured at Freedom Farm at Mount Selinda for the official launch of the Friends of Reverend Ndabaningi Sithole (Forns) Trust and for the celebration of the life and legacy of the late liberation struggle icon.

The trust was formed and registered on February 05 as a non-profit organization under the Zimbabwean Deeds Trust Act and was officially launched on the 20th of July 2019.

It is spearheaded by a board of seven directors who draw inspiration from the late Rev Sithole (July 21, 1920 - December 12, 2000) who did a sterling job for the nation as an educationist and a theological minister.
The FORNS Trust, which was attended by thousands of people including Clerics, Politicians, Teachers, Students, Churches, Leaders of different Organizations, Chiefs, Media House representatives, common people as well as other professionals, was officially endorsed by Dr. Sibangalizwe. M. Nkomo of Joshua Nhomo Legacy and Restoration Trust who was among the dignitaries at the function.

Speaking at the event, Forns field operations director Silas Chawira said the Sithole name ought to be immortalised by the work of the people whom he work to uplift.
“We are here to celebrate the life of Rev Sithole and all that he did for us before his death. We commit to work to further his vision for a better society with less suffering,” said Chawira.

He said Sithole had laid a strong foundation for a more compassionate society that looks after the interest of others.

A physically-challenged woman, Rachel Sibanda was all smiles after she received wheel chair courtesy of Chipinge West Member of Parliament (MP) Sibonile Nyamudeza.

Many other people who attended the event expressed conviction that the thoughts, intentions, ideology and deeds of Sithole selfless.

Others said his values and intentions were to attain freedom for all citizens and help create an enlightened society.

Among the objectives of Forns are to promote and advance early children development education for orphans and the less privileged and to empower communities to effectively respond to HIV and Aids.
The organisation is also aimed at fighting other social challenges that impact of the day to day lives of the people of Chipinge.
Forns says it will work alongside communities to identify needs and solutions and collaborate with local and international partners, community groups, government and faith-based organisations to respond to needs in such sectors as livelihoods, health, child protection and community development.
It will also work to advance knowledge and skills in the arts and culture by focusing on such trades as welding, fabrication, agriculture, cutting and design, construction and sports to all beneficiaries.

The organisation looks forward to setting up the Reverend Ndabaningi Sithole Museum, his statue, the Gogo Canaan Mafu Clinic (in honour of Sithole’s wife), a university and a polytechnic as well as to construct a bridge at Chako.

Other areas of the organisation’s interest are mobilising aid for Kubatana High School, to help Checheche High School to transform into a boarding school and to help the less-privileged people in local communities.

The Rev Ndabaningi Sithole Centre will be located at Freedom Farm at Mount Selinda and will comprise training rooms, a museum, a library, archives and an education resource centre. There will also be a community media centre, cultural performance and production spaces, a lodge, conference facilities, a restaurant, a memorabilia shop and a commemorative garden.
The centre aspires to host a national dialogue series and a Rev Ndabaningi Sithole Memorial Lecture while publishing a periodic journal featuring contributions by topical experts and lay people.