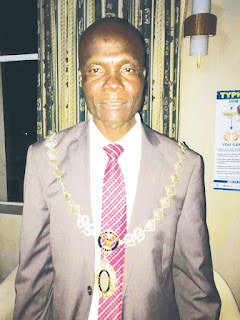 Gweru mayor Josiah Makombe
Tinaani Nyabereka
Gweru City Council workers on Monday threatened to go on strike soon if their demands for urgent salary adjustments are not met, TellZim News can report.
The workers are demanding an 80 percent salary increment or more, arguing that the inflationary economic environment has eroded their buying power.
Speaking at an engagement meeting with members, Zimbabwe Urban Councils Workers Union (ZUCWU) secretary general Kudakwashe Munengiwa said he hoped council will fulfil its promise to adjust workers’ salaries.
“We took our issue to the negotiation table with the relevant authorities and they told us we need to wait for the approval of a supplementary budget by the Ministry of Local Governance.  So we asked while we wait for the budget, can’t we be offered something for the time being so that we can cater for our families?
“I am happy because we have agreed on this issue together. The war here is not between us and any councillor or management member. The fight is between us and hunger. When our hunger issue is sorted first, other issues that need further engagement will then follow,” said Munengiwa.
ZUWCU branch secretary Ambrose Hwande said council was supposed to put forward an alternative wage proposal on the negotiation table rather than try to bargain on nothing.
“Council should put something on the negotiation table so that we can see if we will agree to it or not. It seems they have completely nothing to offer,” said Hwande.
He said other local authorities were giving their workers increments before the approval of supplementary budgets.
“Some local authorities are giving their workers increments already so we don’t know why Gweru wants to hide behind that supplementary budget thing.
“We have decided to take other measures because they were proposing to come to us on 30 August but how will we cope for that long? We have agreed to continue to meet as labour and if council fails to give something satisfactory, we will resort to other measures,” said Munengiwa.
A council worker who refused to be named said council was also supposed to address the issue of salary grading as worker were being paid using an unjustified system.
“The gap between grade 7 and 8 is big and we need them to deal with it because it’s affecting us. Let’s compile petitions in our different working sectors as this can help us because the difference gives a gap of $700-$800 dollars between salaries,” said the employee.
Residents fear a calamity should workers go on strike in a city which is already grappling with arguably its worst service delivery record.