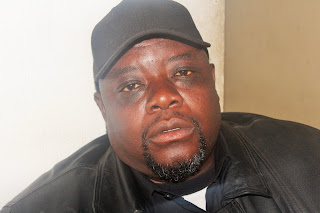 Moses Ziyambi
New areas of contention are emerging between Chief Charumbira and Chief Bere, with the former accusing the latter of attempting to invade land that is out of his boundaries, TellZim News can reveal.
Last Saturday, a large group of people from Chief Bere invaded Tokwe Grange Farm at Bhuka, Ward 10 Masvingo Rural, where they tried to peg pieces of land for themselves.
They were, however, stopped by Charumbira representatives who argued that the land belonged to Chief Charumbira and that it had been reserved as grazing land for villages 17 and 18 that are themselves situated on part of the farm.
Charumbira family spokesperson Tichaona Mharadza said he was disappointed by the conduct of the Bere people whom he said were deliberately ignoring the traditional boundaries between the two chieftaincies.
“A group of more than 20 people invaded the farm and tried to peg off portions of for themselves. People in villages 17 and 18 were not happy about it because the invaders wanted to grab land that was reserved as a grazing area.
“The farm was acquired by government under the willing-buyer-willing-seller programme in 1983 to create part of the Mushandike Irrigation Scheme but a portion of the farm was reserved for grazing. That is the land that those people wanted to take so the villagers called us and we responded. The land has traditionally been under Chief Charumbira and we really do not see where the problem is,” said Mharadza.
He said the would-be land grabbers claimed they were from the police, the Central Intelligence organisation (CIO) and Zimbabwe Anti-Corruption Commission (Zaac) with express authority from President Emmerson Mnangagwa to take the land.
“What surprised us is that they did not produce any document from the Ministry of Lands to back up their claims, and they came on a Saturday when most government offices are closed. After a serious confrontation, the group left and we raised the issue with the police and CIO but both organisations said they had never sent anybody to do that. We had also realised that those people were mostly Zanu PF youths although there was a single member of the CIO. They are maliciously dragging the name of Zanu PF and President Mnangagwa in their pursuit of a purely selfish agenda,” Mharadza said.
He urged relevant authorities to facilitate the peaceful resolution of the dispute between Chief Charumbira and Chief Bere, saying there was potential for serious bloodletting if the boundary matter was allowed to continue.
“We feel that authorities are not taking boundary disputes between the two chieftaincies seriously. These are heritage issues and they deserve to be taken more seriously. It’s not only between Charumbira and Bere, but between many other chiefs in the province and elsewhere.
“On October 24, 2018, we wrote a letter to the Ministry of Local Government through the DA and PA to find a way of resolving what we knew was very much going to be a serious boundary dispute but we got no response up until now. We recognise the Bere chieftaincy’s legitimacy but only within its recognised boundaries. They are our relatives and we share a boundary with them at Mutova River, Boss Mine, in Ward 9 but they are breaching that,” said Mharadza.
He said the Charumbira family was soon going to sit down and possibly write a follow-up letter to the Ministry of Local Government, Public Works and National Housing.
Bere chieftainship spokesperson David Masomere, however, dismissed those concerns, saying Charumbira did not have any right to complain as he had become nothing but a headman.
“If there are issues to be raised, they must be raised by Nemanwa who is the rightful chief. Charumbira is now a headman and you will see what I mean in the very short time to come. The boundary dispute they are talking about should be between Bere and Nemanwa whom we very much respect as a chief. So we will not talk to headmen, we will talk to Chief Nemanwa,” said Masomere.
When pressed to comment about the attempted Tokwe Grange Farm invasion, Masomere laughed it off as a non-issue.
“It’s laughable that they are talking about a boundary they claim we share with them at Mutova River. We don’t share any boundary with Charumbira, we share a boundary with Chief Nemanwa and we respect that. The problem is that we have people who claim to be chiefs yet they were elevated there by white people. Charumbira has a problem because he is not only fighting Bere, but is also fighting Nemanwa.
“We must ask ourselves why former white colonial rulers of the land stripped chiefs like Bere of their chieftainships and elevated some people in their place. The truth is now coming out, and some people will find the truth too devastating,” said Masomere.
He promised that the next few weeks will be quite revealing about who owns what and where, saying the Ministry of Local Government will soon come to solve the matter ‘once and for all’.
In April this year, Phineas Tafirei was installed the new leader of the Bere chieftainship which had just been revived after 125 years.
The chieftainship was destroyed by white colonial settlers who were unhappy by the then chief’s resistance to colonial rule. The then Chief Bere had caused early white settler sleepless nights through his sabotage activities that included continuously cutting telegraph lines between Masvingo and Bulawayo.
The revival of the chieftainship came at a huge cost to Charumbira, who is also now facing increasing pressure following government resolution to revive the Nemanwa chieftainship, which was also destroyed by early white colonial rulers.