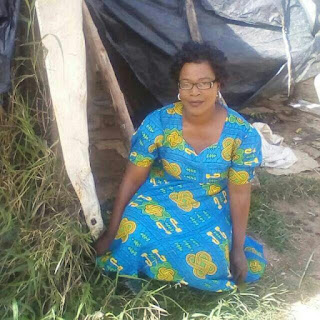 MASVINGO – Several female informal traders doing business at Chitima market recently flooded Masvingo Central Police Station protesting against a woman whom they accused of killing their colleague through witchcraft.
This happened after a 39-year-old female informal trader suddenly became paralysed and died one week after being engaged in an argument with the woman who then reportedly threatened that she was not going to see the following day.
Sources said the argument started at the market place when the woman in question (name supplied) was asked to move her wares elsewhere as she had reportedly taken somebody else’s trading spot.
The woman is said to have refused to move, and she argued with several women who tried to reason with her.
She is then said to have turned to one of the woman named Muchazoonei Sagiya whom she allegedly threatened that her days were numbered.
Two days after the dispute, Sagia fell seriously ill and got admitted at Masvingo Provincial Hospital where she later became paralysed and died.
Chairperson of fruit and vegetables at Chitima market, Tamisai Katini said she visited Sagiya at hospital where she found that she had become paralysed waist-down and could no longer walk.
“I visited Sagiya at hospital where she recounted a horrible dream in which she said a fish had entered her stomach and caused her paralysis. She said in the dream, she heard a strange voice telling her she was not going to live,” said Katini.
Sagia’s death in Harare where she had been transferred angered many informal traders who then confronted the woman who had reportedly threatened to bewitch her.
The woman then went to the police station to report her case but several women followed her protesting. It is illegal to make accusations of witchcraft against anybody.