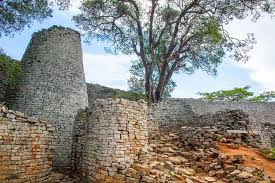 The installation of monitoring systems at Great Zimbabwe monuments meant to give feedback on the movement of walls started recently and is in progress at the world heritage site.
Lovemore Mandima who is the director of National Museums and Monuments of Zimbabwe (NMMZ) Southern Region said they had been using a manual system to monitor the movement of the walls so as to detect the movements which could lead to the collapse of the walls.
He said this was the implementation stage after a long consultation program since the funds were released towards the project.
“We have been doing consultations and the first stage was to identify experts for the various components of the project. In March and April we had a team of two conversation specialists coming in to have a feasibility study on that aspect of the project
In May we had monitoring specialist who came in to have another feasibility study and now this is the implementation study using the reports produced by the studies,” said Mandima.
He went on to say they were not going to abandon the manual system but will use both as they each have its strengths.
“We were using the manual system of measuring where we would measure if there is any movement from the previous day on weekly basis. We also used the general eye to detect the movement on the walls so as to take action” said Mandima.
Mandima said he was happy to have finally kick started the project as it is going to make it easier to do the monitoring since the new system does not require a person to be physically be on the ground.
“This one is going to be very handy though we are not leaving the manual one. The manual one could be affected by weather for instance our guys would be affected by rains and could not do the readings at the required time and intervals but the electronic system will do the work for it cannot be affected by weather,” said Mandima
Cristiano Russo structure engineer from Italy said the system will automatically sent the necessary information after every four hours every day and it works in all types if weather conditions.
“We have managed to install 16 monitoring systems around the wall, the systems are able to detect 0,005 millimeters of movement and they are flexible when it comes to weather conditions” Said Russo
A laser scanner was also put in place, to provide a three dimensional (3D) view, which help to have the exact view of the building and in case of collapse they can rebuild it the exact way and it also enables the staff to see around the wall while in their offices.
The funds of this project was granted to the National Museums and Monuments of Zimbabwe (NMMZ) by the United States Government through World Monument Fund (WMF) the fund amounted to US$ 475,000 it was handed over by the US ambassador Brian Nichols to the provincial minister Ezra Chadzamira on November 28, 2018.
Part of the funds is meant for the control of the lantana camara which is threatening the walls and Mandima said after finishing the monitoring project they will then start doing the feasibility study on the lantana Camara issue.