Home » Health » Local » Top Story » Ngomahuru: A place where all sanity has been lost

Ngomahuru: A place where all sanity has been lost 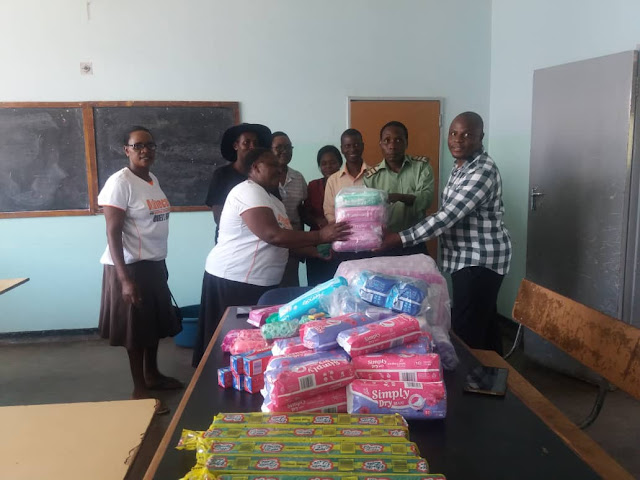 Upenyu Chaota
After enduring about forty-two kilometres of a sorry excuse for a tarred road from Masvingo town along Masvingo-Beitbridge highway, one comes across a faint signage signalling a left turn to Ngomahuru Psychiatric Hospital, the second largest psychiatric hospital in the country.
It is only 10 kilometres from this point to the hospital but the state of the road will take you close to an hour to get there.
One would be forgiven for believing this is the road to hell, a place where no one wants to go or hear about but for some mere mortals, it is a place that calls for the humanity side in us.
Along the dusty road just close to the hospital, one makes a right turn and is left with only three kilometres to come face to face with the harsh realities of Ngomahuru.
Around 170 inmates – 25 of them female – are housed at the facility which has a capacity to hold 300 inmates if all things are alright.
At this hospital, mental disorders comes in all shapes and sizes ranging from mild to extreme requiring the dedicated nursing staff to provide utmost love and care. These nurses deserve a crown for the job they do despite the harsh and poor working conditions.
The hard and honest truth is that the world views mental illness with a lot of stigma and many relatives of the mentally-challenged patients end up dumping them at this hospital never to return again.
Some inmates have been admitted at the institution for over 20 years and to them, the nursing staff and other inmates have become their families.
In the 2019 budget, the government allocated a measly $755 million towards the health sector which was slightly increased during the supplementary budget.
In these difficult times, the government has literally turned a blind eye and ear on Ngomahuru which now relies heavily on donor aid.
Ngomahuru Psychiatric Hospital Medical Superintendent Dr Parirenyatwa Maramba said the institution faced a number of challenges due to the worsening economic situation.
The biggest challenge, according to Dr Maramba, is food shortages. He said when patients receive their medication, they develop monstrous appetites yet there is no food most of the times.
“Ngomahuru is the second largest psychiatric hospital in the country. It has a bed set of 300 but on average we admit up to 170 and we have between 25 and 30 females each time.
“There are many challenges. We don’t have sanitary pads for female inmates unless somebody has made donations. We have received some donations in recent days but we welcome more.
“The major issue on the ground is food. We need food especially meat, cooking oil and sugar among other basics,” said Dr Maramba.
TellZim News learnt that the institution normally gets mealie-meal and rice but there is no meat or beans with which to take the rice or sadza.
Patients at times eat vegetables without cooking oil, porridge without sugar and plain sadza.
“Our main funding comes from government and as you know the country is going through a difficult time and funds are severely limited. As long as the government does not have money, we also do not have money.
“Our patients do not pay any money they are treated for free so everything depends on the government which is currently struggling. We need help from everyone who can come and assist. The government is trying yes but it is not enough. We are overwhelmed with patients and we need a lot of food,” said Dr Maramba.
One female inmate whom nurses said was getting better and ready to go home, said she found herself at the hospital after she went through massive depression.
“I am here because I went through massive depression. I separated from my husband and when it was time to share property, I was deprived of everything. My husband took everything and I was left with nothing.
“I was so depressed and I lost my mind. I was admitted here but now I am ready to go home. I have communicated with people at home to come get me or send me money but they refuse saying I should stay admitted,” she said.
Women inmates at Ngomahuru are in dire straits and are walking around without underwear and an urgent appeal has been made to address this issue. There is need for bathing towels, detergents, uniforms among other basics.
The Women Coalition of Zimbabwe (WCoZ) Masvingo Chapter in partnership with the Roman Catholic St Peter’s and Paul’s Cathedral Mothers’ Union donated hundreds of sanitary wear, soap, toothpaste among other toiletries to ease the shortages.
“We are elated as a chapter to have contributed towards alleviating the health crisis that is affecting our fellow sisters here at Ngomahuru Hospital. The women activists initiated and coordinated this response at chapter level and pledged to mobilise a $10 contribution per person towards the purchase of commodities needed.
“What the WCoZ chapter members have done in self-resource mobilisation has shown a great deal of maturity and this exhibits a vibrant women’s movement capable of supporting one another through difficult times,” said WCoZ Masvingo Chapter chairperson Joyce Mhungu.