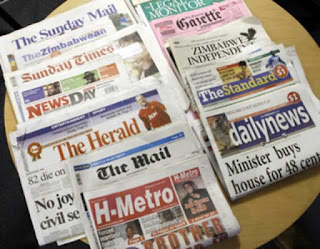 Felix Matasva
MUTARE – The country’s restrictive media regulatory framework is not conducive for investigative journalists to do their work in the fight against corruption, Manica Post editor Hatred Zenenga has said.
Zenenga expressed the views while presenting on how investigative journalism could help fight corruption during an investigative journalism workshop convened by Transparency International Zimbabwe (TIZ) on November 15.
Zenenga said the continued delays in aligning the Access to Information and Protection of Privacy Act (Aippa) and Public Order and Security Act (Posa) was unhelpful.
“It has taken a long time for Aippa and Posa to be realigned to the new constitution. We know that these laws work against the free operation of investigative journalism. Steps are being taken but it’s happening slowly, and journalists cannot freely work in such a restrictive environment,” he said.
Zenenga also criticised the Official Secrets Act (Osa) saying much of the law’s provisions were hindering the media from freely exercising its investigative duties.
He added that there was need for the country to revisit its media regulatory framework and media syllabuses in tertiary institutions so as to match current trends in investigative journalism.
“Training institutions do not have investigative journalism as a module at undergraduate level. It emerged recently at master’s level but I think it should be included at undergraduate level so as to equip young journalists with investigative skills," said Zenenga.
TIZ programmes officer, Tashinga Zamba said the criminal justice system was being compromised by serious corruption hence the need to liberalise the media regulatory environment.
"We have realised that there are loopholes in the justice sector but for us to fully know about that, journalists should be allowed full freedom to do their work," said Zamba.
The Zimbabwe Anti-Corruption Commission (ZACC) has been criticised for allegedly working at the pleasure of ruling party politicians.
The much-criticised Freedom of Information Bill, Zimbabwe Media Commission Bill and Cybercrimes Bill are the three bills with which government wants to repeal Aippa.