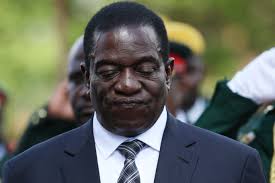 ...as parents groan under prohibitive increments

President Emmerson Mnangagwa has proven to be out of touch with reality on the ground as he professed ignorance over the steep fees increments affected by the majority of public schools across the country, a move likely to see a growing number of school dropouts.
Addressing the public after a clean-up campaign in Kuwadzana 2 in Harare last week, President Mnangagwa said that he is unaware of the school fees increments by schools and reads from the newspapers that there is no such thing.
President Mnangagwa said that his education minister is always in the newspapers saying the fees have not been increased but the reality on the ground shows that the majority of public schools have made education a preserve for the elite.
It costs parents pound and flesh to send their pupils to Form One as most schools are giving cover charge of uniforms and tuition to the tune ranging from $8 000 to $11 000.
The country’s universities have also joined the band wagon by increasing their fees to unimaginable heights.
Teachers, who are also parents, say that they are not reporting for work when first term opens because their salaries are peanuts and cannot even buy a set of uniforms for their children, let alone pay for tuition.
Progressive Teachers Union of Zimbabwe (PTUZ) president Dr Takavafira Zhou said that they are not reporting for work unless their demands are met.
“We agreed we would not be reporting for work until we get salary increments that resonate with the prevailing situation in the economy.
“Our present salaries are not even enough for us to travel to our work stations so how does the government expect us to survive. Right now schools have increased their fees to unimaginable amount and we wonder where parents will get that money from.
“Everything else is going through and increment phase except our salaries. I will not teach a a school whose fees i am not able to pay,” said Dr Zhou.
The Amalgamated Rural Teachers Union of Zimbabwe (Artuz) president Obert Masararure said that schools are now a preserve for the elites and a no go area for the poor.
Masararure warned the government that it risks mass protests as most of the basic things are becoming unattainable.
“Schools are now a preserve for the elites, a no go area for the poor, just like meat. Social services such as education, healthcare, water are non-negotiable.
“A government which denies its people basics will be inciting protests,” said Masaraure.