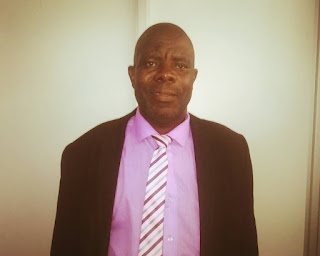 Zanu PF politburo member and former Minister of State for Masvingo Provincial Affairs, Josaya Hungwe, has described the death of the Chibi High head Boniface Machingauta as a terrible loss to the school and Chivi district.
Hungwe said Machingauta played a critical role in rebuilding efforts after a raging fire destroyed many facilities at the school several years ago.
“This is a devastating loss. Machingauta was the brains that helped to make Chibi High the great school that it has become, with a good record even in sports,” said Hungwe.
Machingauta died at the school yesterday, January 06, evening following a battle with diabetes and colon cancer.
Hungwe, who is a product of the school himself, said Machingauta was part of the brains behind ongoing plans to set up a technical college close to Chivi growth point.
Reformed Church in Zimbabwe (RCZ) education secretary, Samson Shava said he had learnt Machingauta's death with great shock.
"No words are enough to describe the feeling of sadness. We worked with him very well and this comes as a big blow to the church and the school," said Shava.
Chibi High deputy head Edias Mukwazvure said Machingauta had been around all day as the school hosted a sports tournament.
He said Machingauta got ill in the afternoon and he attempted to drive to Zvishavane to see his doctor.
“He tried to drive to Zvishavane to consult his doctor but his condition deteriorated along the way and he had to turn back. He passed on soon afterwards,” Mukwazvure said.
He said the late Machingauta was likely to be buried in the Magadzire area of Gutu district on Sunday, February 09, as funeral arrangements were already underway.
Machingauta held positions in several provincial and national academic and sports associations.
At a prize giving ceremony held at the school in October 2017, Hungwe told parents and education officials that Machingauta was 'the Nehemiah' of Chibi High School.
He was referring to Machingauta’s efforts in rebuilding the school when all hope for making the school a competitive institution seemed all but lost.
“I remember receiving information to the effect that fire had destroyed the school, but like the Biblical Nehemiah, Machingauta has rebuilt it to become an academic powerhouse not only in Chivi or Masvingo, but nationally,” Hungwe said at the time.
Machingauta is survived by his wife and children.