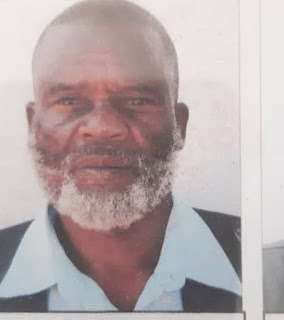 Bikita Rural District Council (RDC) Ward 21 Councillor Alderman Muza Mudyiwa has died, TellZim News has learnt.
He was 64.
Alderman Mudyiwa died of stroke yesterday, April 28, at his home in the Gangare area, after serving in council for a solid 28 years.
The retired school teacher joined Bikita RDC in 1992 and served six terms as councillor including as vice chairperson between 2013 and 2018.
In his condolences messages, Bikita RDC Chief Executive Officer (CEO) Peter Chibhi described Mudyiwa’s death as a loss to the local authority.
“For the 28 years he worked in council, he was a father figure who nurtured some council employees into what they are now. We will forever miss his great experience and we will always treasure his immense contribution to council business over the years,” said Chibhi.
For the duration of his tenure at the local authority, the now late Mudyiwa served in three council committees namely Human Resources Development, Roads and Audit.
He was born on 28 February 1956 and was a firm member of the Johanne Marange Apostolic Church.