Covid-19: The fear induced by the pandemic 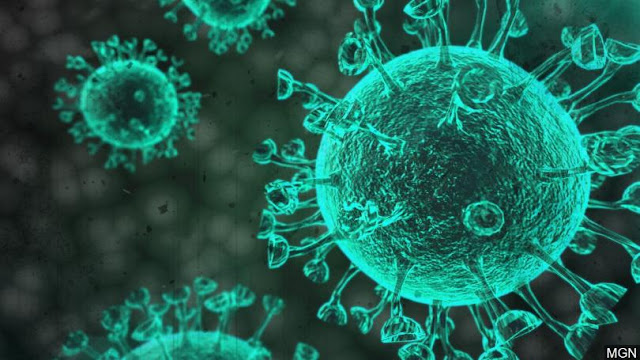 COVID-19 is referred to as a mild to severe respiratory illness that is caused by a coronavirus. It is basically transmitted in most cases by contact with infected objects such as respiratory droplets. Symptoms of coronavirus includes among others; fever, cough, shortness of breath and may progress to pneumonia and respiratory failure.

COVID-19 was first identified in Wuhan, China in 2019. It is now a global pandemic where most countries have been affected in one way or the other. This disease affects people of all walks of life but the elderly are said to be more vulnerable. People with medical problems such as those suffering from diabetes, chronic respiratory diseases such as asthma, pulmonary hypertension and respiratory allergies are also more vulnerable to the disease.

Fear as a result of COVID-19
COVID-19 has ignited a lot of fear among citizens. Fear is simply defined as an unpleasant emotion caused by the threat of danger, pain, or harm. In humans, fear can be seen as a normal emotion that promotes survival. It helps in signaling our bodies to respond to danger with a fight or flight response. The threat of COVID-19 to human kind is not overemphasised. According to the behavioural theorists, fear is a classically conditioned response, and thus is a learned behaviour. In other words, fear develops when a fear response has been paired with a previously neutral stimulus and as a result of that pairing (conditioning), the previously neutral stimulus now elicits a fear response. In other words fear may result from past experiences or trauma.

Recently, Zimbabwe was hit by the cyclone idai especially in parts of Manicaland, Mashonaland East and Masvingo provinces where lives were lost. Similar scenarios trigger a lot of fear to the people who experienced such disasters. What exacerbate this problem is lack of knowledge about the pandemic among the world population. They say knowledge conquers fear. Apparently, very little is known about COVID-19. Sometimes people rely on social media where people would post anything without censor or some sort of screening. Social media if not controlled may exacerbate the fear that the people already have about the coronavirus.  Social media may possibly be a recipe for disaster. Misinformation, lies, unproven truths can be conveyed through social media. It is an unfortunate situation in Zimbabwe because people have no choice but to rely on social media in most of the time. Such information may trigger fear that would trigger anxiety, depression and other disorders.

Anxiety as a result of fear
When a person feels threatened, their metabolism is raised up in anticipation of an imminent need to defend oneself or flee. Anxiety is the anticipation of a threat that is feared. Research has proven that anxiety disorder is caused by excessive neurological activity in the area of the brain that is responsible for emotional arousal. The insurmountable fear of COVID-19 has caused a lot of anxiety in many people. Africans have a way of life which is completely incompatible from the behaviours that are advocated for in preventing the spread of the disease, for example avoiding people when keeping social distance is not an African virtue. Shaking of hands is truly valued in Africa and failure to do so when greeting people may be considered deviance. However, with COVID-19, it is not permissible to shake hands because it promotes the spread of the virus. African ethos are so much infringed by the behaviours that are encouraged in the fight against the coronavirus.  Such anomalies may cause a lot of anxiety in people. When anxiety becomes excessive and disconnected from reality, it no longer provides an accurate and reliable signal of danger. Anxiety is raised because people don’t know how to balance the two. Hygiene is the solution to the problem of shaking hands. People should wash their hands with disinfectants after shaking or touching objects that may transmit the spread of the coronavirus. People should not touch their nose, eyes and mouth after shaking hands. Such information is critical to reduce the fear and eventually lower anxiety.

People are told without detail that if their loved ones passed on as a result of COVID-19, the deceased should be buried within 24 hours after someone has been declared dead with very few people in attendance, it sounds very un-African. Such controls may raise emotions such as anxiety. People feel literally overcome and overwhelmed by such unexplained directives and raise strong fears. Africans respect their dead and always want to give them a befitting burial. People need to be educated about sudden changes in dealing with issues that transgress their norms.

Depression as a result of fear
Depression is simply defined as a mood disorder that can affect people’s lives. It may be described as feelings of sadness, loss, or anger. Depressed people are not worried about what the future holds, they think they know what the future holds and they believe that whatever the future holds is bad just as the present. In other words, depressed people are pessimistic and already doomed. They think COVID-19 will never go away, and to them the future is doomed. Those who have been infected think their lives have come to an end. The same also applies to those whose relatives or friends have been infected. People don’t actually think they will get well at some point. However, recent statistics on COVID-19 have proved beyond reasonable doubts that a bigger percentage of those infected got treated of the disease. Fear of the unknown worsen the situation. Positivity for both the infected and the affected is the way forward. As of the 4th of April, 2020 WHO statistics showed that about a million people were infected by the virus 228 000 were treated of the disease and only over 59 000 died. This is a clear indicator that the disease is not as invincible as people might think. People lack adequate information about the disease and hence they become depressed. Therapy, medication and social support are necessary in treating depression.
Way forward
People need to be equipped with verified information about coronavirus. This will reduce the fear that people have at the moment. Social distancing information must be well articulated so that people understand the background to the phenomenon. National and provincial media must do their work of supplying correct information about the disease. Social media should act responsibly by communicating correct and verified information. Not everyone on social media is irresponsible. Quite a number of people are fighting COVID-19 through the social media. More resources should be channelled to allow psychologists, counsellors, social workers and other volunteers to visit every part of the country to educate people about the disease. Fear and eventually anxiety and depression may be minimised if people receive correct information about the disease. Information centres must be established from ward level this will enable people to get correct information. Let’s all augment the government effort to fight the disease. Together we stand divided we fall.
Dr Jeofrey Mtemeri
Department of Psychology
Great Zimbabwe University
Share !