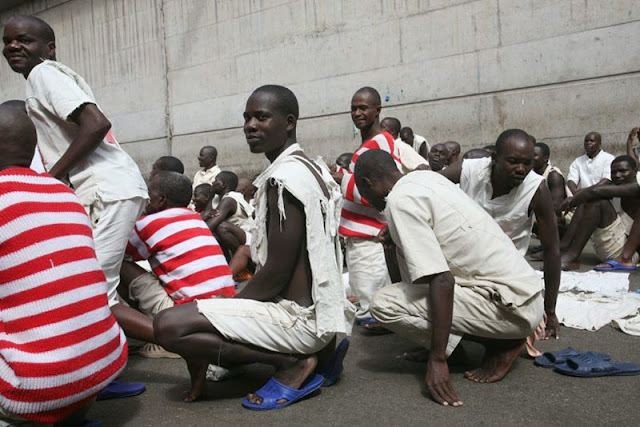 GWERU - Of the 1 680 prisoners released by the Zimbabwe Prisons and Correctional Services (ZPCS) in the country, 259 were from the Midlands province where authorities seem to be not leaving anything to chance to fight the spread of the coronavirus.

The inmates were released in compliance with the Clemence Order of the President  in terms of Section 112(1) (a ) and (d) of the Constitution of Zimbabwe.
Authorities fear the country’s overcrowded prisons are a potential fertile ground for new coronavirus cases.

“We urge members of the public to welcome and embrace these reformed brothers and sisters back to society as most of them reflect signs of change. We are also implementing measures to curb the spread of Covid-19 in line with the country’s lockdown decree which was issued. We are working with our courts and other stakeholders in this fight. We have received sanitisers and gloves and we have since minimised prison visits,” Ruzive said.

Eleven of the released inmates were females housed in Shurugwi prison. Categorically the released were serving for crimes such as domestic violence, shoplifting among others.
Those imprisoned for such specified as rape, murder, carjacking, treason, public violence and attempted murder were excluded from the amnesty.
ZPCS gad initially recommended the release had initially recommended the release of 5 000 prisoners in a bid to decongest the country’s prisons to 16 838 inmates but most of the inmates did not qualify.