Rutenga was crowded with shoppers and loiters today but most of them were gone by 12 mid-day. Many people indicated they were against the extension,  saying they were being forced into the worse of two hard situations where, according to them, livelihoods should come first. In Mutare, a few money changers were seen conducting their trade while a long queue formed behind TM Dangamvura for subsdised mealie-meal. The decentralisation of the morning market from Sakubva to other areas saw many people crwding at the shopping complex to buy and sell. Subsidised mealie-meal was also being sold at Mucheke High School in Masvingo. Queues in Mpandawana were well-managed and orderly. 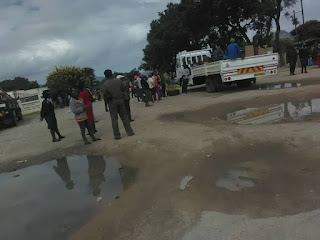