Gweru City Council and Ministry of Health and Child Care have teamed up to set up probably the most ridiculous isolation facility in the country; a tunnel tent which was unveiled in Ascot today. The police were, however, more visible in the Midlands capital to enforce the lockdown. The same applies for Zvishavane where money changers were less visible than yesterday. Many shops in Mwenezi struggled to enforce the social distancing rules as people squezzed each other at every turn. In Chiredzi, many people came out to do their shopping ostensibly in preparation for the Easter holidays. Others said they wanted to buy as much goods as they could, fearing that South Africa's extension of its own lockdown will result in shortages locally. Parents seemed unable to control their children who played freely along Lion Drive. Most shops in Mutare surbubs have astronomically raised the prices of basic consumer goods. In Chipinge, soldiers and police officers were turning back almost everyone who was trying to get into town. 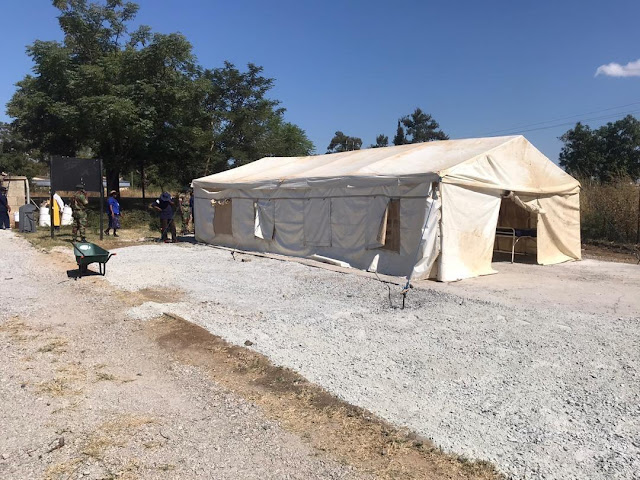