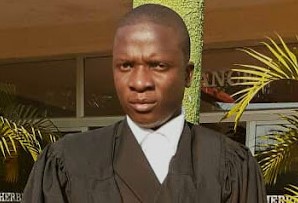 Harare City Council and the government were recently dragged to court by residents for failing to provide safe, clean and adequate water during the COVID-19 induced lockdown. Hwange residents also hauled Hwange Colliery Company Limited (HCCL), Zimbabwe National Water Authority (ZINWA) and the government to court over water shortages during the lockdown. Masvingo City Council (MCC) has not been spared as Masvingo United Ratepayers and Residents Alliance (MURRA) has filed an ‘urgent chamber application’ to compel the local authority and national government to provide adequate water during the lockdown.

Local authorities’ obligations
Water is a fundamental human right. Section 77 of the Constitution provides that every person has the right to safe, clean and potable water. The section also mandates the government to take measures to ensure residents have adequate clean water. The environment minister delegates the responsibility to provide water to local authorities like MCC.
In last week’s article titled “The right to health amid COVID-19”, the concept that the state has an obligation to ensure human rights are progressively realised ‘within the limits of available resources’ was explained. To guarantee efficiency, the finance and environment ministries are mandated to ensure local authorities are adequately resourced and financed.
City councils do not wholly rely on government funding. In accordance with subsection 2 of section 276 of the Constitution, local authorities have “power to levy rates and taxes and generally to raise sufficient revenue for them to carry out their objects and responsibilities. To this end, most local authorities including MCC recently hiked rates.
Countrywide, residents have raised the concern that, despite ‘exorbitantly’ hiking rates, local authorities have been failing to fulfil their obligations.  In the midst of the lockdown, residents have been congregating at boreholes and other water points. Whether it is due to ignorance, negligence or desperation, most Zimbabweans have not been observing the social distancing rule to help curb the spread of the deadly coronavirus.

Responsibility to pay rates.
Some residents and ratepayers have the misconception that local authorities are adequately resourced to constantly provide adequate clean water. This misconception was recently fueled by the fact that local authorities hiked rates. The fact that local authorities like MCC levy rates does not however mean that such rates and taxes are being fully paid.
On July 16, 2015 TellZim News published a Top 15 list of debtors who owed MCC. Topping the list were key government departments. As at May 31, 2016, Masvingo residents and ratepayers owed MCC a staggering U$36 million in outstanding debts.  A major blow to MCC and other local authorities was Statutory Instrument 33 of 2019 which saw United States dollar debts being converted into Zimbabwean dollar debts.
In a statement, Mayor Cllr Maboke highlighted that MCC was unable to effectively deliver service as a result of non-payment of bills by residents and ratepayers As at October 2019, MCC was owed a total amount of ZWL$50 million. Of the total amount, government departments owed about ZWL$27 million. The city council then took a move to recover the outstanding debts through its debt collector, Makausi and Saratoga Legal Practitioners. MURRA, through its spokesperson Godfrey Mutimba went on to plead with MCC to “allow the residents some time to pay up their dues in installments.”

What is an Urgent Chamber Application?
Vigilantibus non dormientibus jura subveniunt is a Latin maxim which means the law helps the vigilant and not the sluggard. This legal idiom means that the law protects those who don’t sleep on their rights. Citizens must be encouraged to timeously approach the courts whenever they feel their rights are being infringed.
Litigants approaching a court with an ‘urgent chamber application’ must be able to convince the court that that the application is indeed urgent. Harare residents were successful in doing so and an order to compel Harare City Council to supply adequate water during the lockdown was granted. Hwange residents failed. Their application was dismissed after Justice Kabasa ruled that the ‘urgent chamber application’ was not urgent. The court found that the residents should have timeously sued. In other words, the court found that Hwange residents have been sleeping on their rights. Will Masvingo residents be successful? Justice Wamambo is yet to decide.
Conclusion
Without safe, clean and adequate potable water, the risk of contracting and spreading the killer coronavirus disease is horrendously high. Local authorities are obligated to ensure realisation of the right to water. The government ought to capacitate city councils by providing financial and other resources. Residents and ratepayers are obligated to timeously pay rates and taxes to capacitate local authorities.
Some residents and ratepayers hold the view that MCC has been failing to prioritize its available resources. Whilst this may, to some extent be true, I personally applaud the MCC for trying. More practical efforts are needed because there are some parts of the city where taps often run dry for long periods. Some new residential areas within the city do not even have taps. MCC water may be inadequate for all but it is clean and safe. Masvingo is one of the cities where you can safely drink tap water without boiling or sanitizing it.
Fiat Justitia Ruat Caelum!
Fidelicy Nyamukondiwa is a legal columnist who writes here in his personal capacity. Contactable on 0785827154 nhanyams@yahoo.com  https://twitter.com/FidelNyams