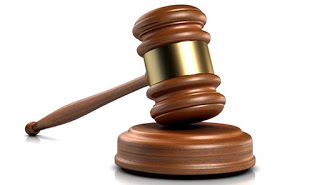 CHIVHU - A Chikomba man is in police custody for attempted murder after he allegedly used an axe to attack his wife whom he suspected of cheating on him.

“The police in Sadza managed to track down the suspect and arrested him. He is currently assisting police with investigations and will appear in court soon. When faced with misunderstandings, people should seek third parties to mediate and amicably solve such issues. Violence should never be an option,” said Inspector Mwanza.

Circumstances are that on April 16, Ennias Mudzimai (44) of Zvavamwe village, Chief Neshangwe in Sadza, used an axe to attack his wife Primrose Mbadzi (33) several times all over her body after an altercation.

The altercation had begun after Mudzimai accused Mbadzi of sleeping with another man. In a fit of rage, he picked up an axe and allegedly used it to strike Primrose before fleeing the scene.

The victim was rushed to Murambinda Hospital where she got admitted and was said to be in a critical condition. She sustained several deep cuts on her head, neck and body.