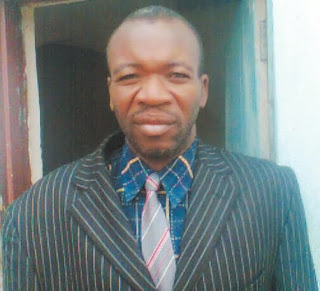 Chiredzi Rural District Council (CRDC) chairperson, Edward Matsilele was recently chased away by enraged Chilonga villagers after he visited their area for an audience with their leaders over the envisaged multi-million dollar lucerne grass project which is likely to displace more than 1 000 villagers from their traditional homes, TellZim News can report.

Dendairy, a private milk producer wants more than 10 000 hectares of arable land for the grass farming project in the area which lies south of Runde River in Chiredzi East and South constituencies.

Villagers are resisting government plans to relocate them from the land of their forefathers, fearing they might meet the same fate as of more than 3 000 fellow villagers displaced in 2014 during construction of Tugwi-Mukosi Dam and dumped in the arid Chingwizi with no basic amenities.

A few years ago, hundreds of families were displaced to pave way for a bio-energy company Green Fuel to grow sugarcane and set-up an ethanol plant in the Chisumbanje area of the neighbouring Chipinge district

This week, Matsilele visited Chilonga with a heavy accompaniment of State security agents in a bid to discuss a more amicable way forward.

He however failed to address the meeting as he was chased away from the meeting venue by furious villagers who demanded to meet the District Development Co-ordinator (DDC) Lovemore Chisema.
Matsilele later told TellZim News that he failed to convene the meeting as several villagers turned up for a meeting he said was meant only for their leaders.

“I failed to convene the meeting because there were too many people. I only wanted to meet village heads and councillors only,” said Matsilele.

Ward Councillor Hardlife Tiisa said villagers were unhappy with Matsilele whom they felt was biased against their interests and was working to force them to accept the project.

“Villagers are very angry and disappointed. They don’t even want to hear about this project and they complain that they are being victimised on the basis of tribalism.

“There is abundant irrigable land in Chiredzi so we wonder why risk a conflict with people by targeting the land where they are settled,” said Tiisa.

Villagers say it surprises them that the project was being pushed hardest not by the most relevant ministries; Agriculture and Industry, but by July Moyo who is the Minister of Local Government.

Moyo last month visited Chiredzi to force village heads and councillors to welcome the project. The private media journalists were ejected from the meeting which was held at council offices in Chiredzi town.