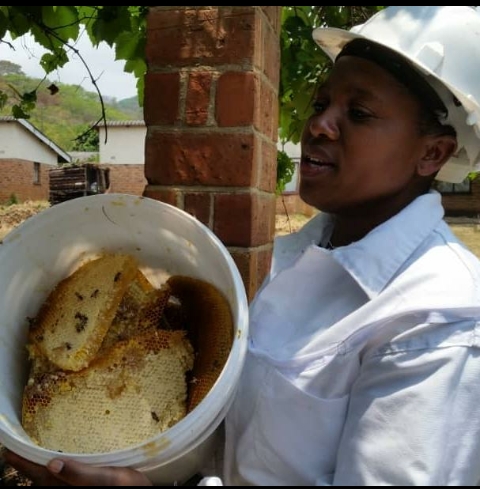 MUTARE - Two Dangamvura-based professional beekeepers have established a bee sanctuary on a deforested mountain surrounding the western high density suburb as part of efforts to rebuild biodiversity and establish ecotourism.

Ishmael Sithole and Willet Mtisi established the sanctuary also as part of conservation efforts for bees that look increasingly endangered by human activity.

Sithole, who is also vice chair of Manicaland Apiculture Platform told TellZim News the sanctuary exists to help bees flourish in face of many dangers that include climate change, pollution and human intrusion into their natural habitat.

"There was no proper place to rehabilitate bees. We are therefore offering removal services meant to limit human and bee conflict in neighbourhoods. Bees no longer have a safe habitat within mountains so they invade neighbourhoods for some space on the trees.

"After removing the bees, we rehabilitate them at this sanctuary where they have less interaction with humans. The sanctuary is also promoting growth of various plant and animal species thereby helping to prevent them from going extinct," he said.

Sithole said that they had plans to turn the bee sanctuary in Dangamvura Mountain to a hub of ecotourism.

"Some people who live in Mutare have never seen a bee hive. We aim to change residents' negative perceptions about bees. We want to turn this place into a hub of ecotourism where people visit and interact with bees without any conflict.

"By visiting our sanctuary, people will appreciate that when we take care of our environment, it also takes care of us. The sanctuary is also ideal for bee-keeping training leading to employment creation as honey is needed for consumption, medicinal purposes and production of beverages," Sithole said.

He said they planned to reverse the massive deforestation and land degradation happening in the mountain.

"We have started to see results of the conservation efforts. We now have a number of big acacia trees surrounding our apiary. We want to fence the whole sanctuary, put signage so as to avoid trespassers and then put more hives.

It was in 2011 when Mtisi started to practise beekeeping as a career after Environmental Africa accorded her a training opportunity.

In 2016, she was part of a team which trained people in various districts under the auspices of Environmental Management Agency (Ema).

Mtisi, a Manicaland Agriculture Show Society board member, believes beekeeping is a passion and she has registered a company called Climate Smart Bees.

"I love this work but it’s unfortunate that many people consider it to be a preserve for men. So many times I lost customers who thought a woman could not offer removal services. I however thank Ema, Forestry Commission and MC Johnson Apiaries for believing in my capabilities," said Mutisi. 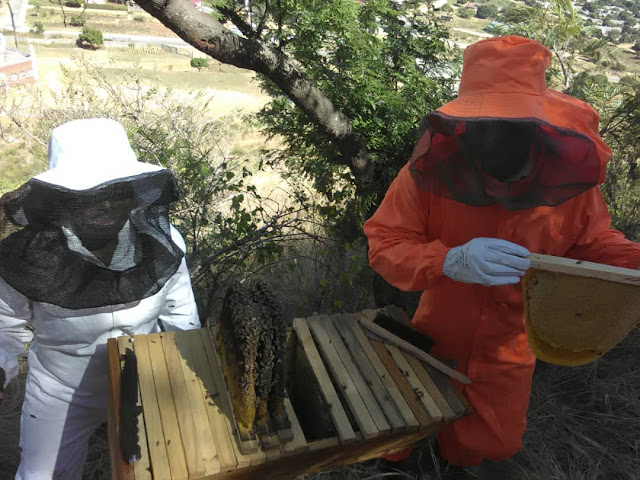 MC Johnson Apiaries, which was registered by Sithole, and Climate Smart Bees also run a workshop at Boka Shopping Complex where they produce honey, beehives, smokers, bee wax candles and many other accessories needed by beekeepers.

With over 20 000 species, bees play  a crucial part in the ecosystem as they support the growth of trees​ and flowers which serve as food and shelter for many creatures, and they are vital to food security for people.

According to World Wide Fund for Nature, 70 of the top 100 food crops worldwide rely on pollinators like bees and without them, the world will lose such foods as apples, almonds, oranges and avocados.