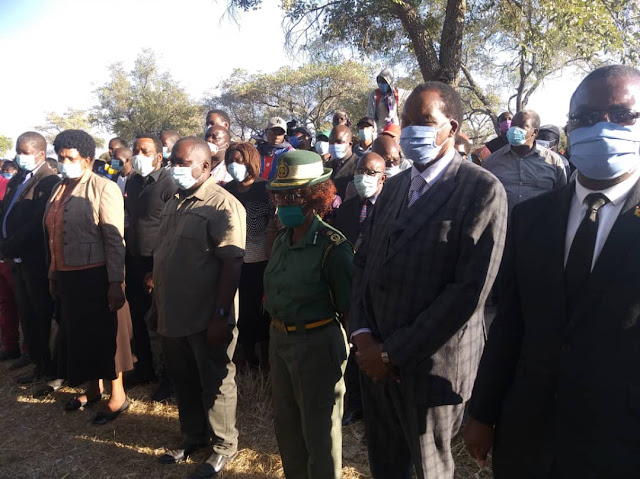 “Cde Mhunga left a huge vacuum which is hard to fill, he showed deep, wide and unwavering locality to our ruling party Zanu PF. He was a devoted supporter and promoter of our liberation struggle founding principles and objectives of black majority freedom,” said Chadzamira.

Addressing mourners, Murwira said Mhunga deserved the hero’s status because his good works were evident across the country.

"A good man is seen by good works. Cde Tavaruva's good works were seen by his country and in his home area. The President then saw it worth to accord him a liberation war hero status," said Murwira.

Tavaruva who was accorded liberation war hero status by President Emmerson Mnangagwa succumbed to diabetes and hypertension at the age of 84 died at his Rhodene home on Monday, May 15, 2020.
Share !