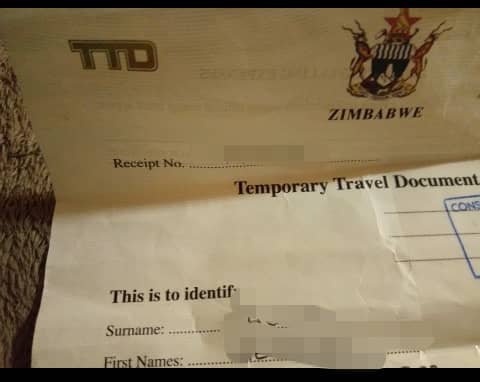 Quarantined people who recently came back from neighbouring countries under the government’s repatriation programme accuse government of extorting money from stranded citizens by charging them exorbitant repatriation fees.
TellZim managed to speak to some of the repatriates who came through Beitbridge border post a few days ago, and they complained that government was not taking care of its citizens stranded abroad, but was instead taking advantage of their desperate situation to milk them dry.
The repatriates are now housed in different quarantine venues across the country, with those in Masvingo accommodated at Masvingo Teachers’ College.
“Our group was based in Western Cape. We sent email to the consulate telling them we were in distress and they acknowledged receipt but many days passed before hearing any other word from them.
“We were then informed that buses were now available but we needed to pay R1200 each as bus fare. We were initially told that we would be issued with free-of-charge Temporary Travel Documents (TTDs) whether or not you had a valid passport but it suddenly changed and we had to pay R500 plus R70 for passport-size photos at the consulate in Cape Town. It was a robbery,” said one repatriate.
Another one said many people in South Africa are still desperate to come back home but do not have bus fare.
“There is no help for you if you don’t have bus fare. Many people are stuck in Johannesburg and Pretoria and they are hungry. The landlords do not care about the Covid-19 lockdown and they want their rent. I was lucky because a workplace friend helped. I think it’s unfair for desperate people to be exploited in that way,” he said.
Other sources said people quarantined at Masvingo Teacher’s College were demanding their money back, saying government bore a responsibility to cater for its citizens in times of great distress.
TellZim contacted government spokesperson Nick Mangwana who said all distressed citizens should contact the Zimbabwe Consulate which he said would liaise with the International Organisation for Migration (IOM)for them to be helped to come back home.
He referred further questions to Zimbabwe’s ambassador to South Africa, David Hamadziripi who said it was not true that people with valid passports were required to pay for TTDs.
“Only people whose stay in South Africa is not regular are required to pay for TTDs. That allows us to facilitate their travel in a lawful manner. It’s unfortunate that people have to pay for their own bus tickets because we don’t have money. We however expect that by next week, we will be able to pay for those who cannot afford because we are mobilising money,” said Hamadziripi.
He said authorities will also be issuing free-of-charge repatriation certificates to allow those without valid passports to travel back home.