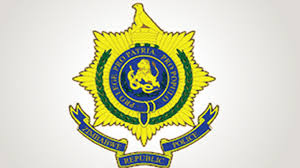 Some police officers stationed at Gweru Rural Police Base were recently arraigned before Midlands Provincial Magistrate Tayengwa Sangster for abuse of office and were remanded out of custody to June 18 on $1000 bail each.

The State’s Margaret Mukucha says on April 25, the group hatched a plan to swindle Khumbulani Ngwenya's shop at Shimrock Mine in Lower Gweru.

They seized some alcohol and loaded it into their car but Tawanda quickly informed his brother Khumbulani who tried in vain to reason with Magumise whom he knew at personal level, and he had to pay them $1000 for the stock to be released.

On another day Chikwanda, Magumise, Freddy Mahupete and Gomana conducted a raid at 5 Kitchenburg Farm Matobo Rd Gweru where they approached Alice Kwangari (a shopkeeper) and told her they were investigating drug peddling at the property.

Kwangari tried to bar them from getting into the property but they forced their way and ransacked the place, threatening to arrest her after finding cases beer.

They ordered her to immediately take stock of the beer and it amounted to $10 000, and in a bid to be spared arrest, Kwangari agreed to pay $1000 and she informed the shop owner who later came and managed to get the figure revised downwards to $500.

On another day Chikwanda and Magumise approached Dumoluhle Ngwenya at Shimrock Mine and threatened to arrest and confiscate his beer and that of surrounding shop operators whom they accused of contravening Covid-19 lockdown regulations by selling beer.

They ordered the complainant to go around collecting $150 from each of the six shop owners and they earned themselves $1050 in the process.