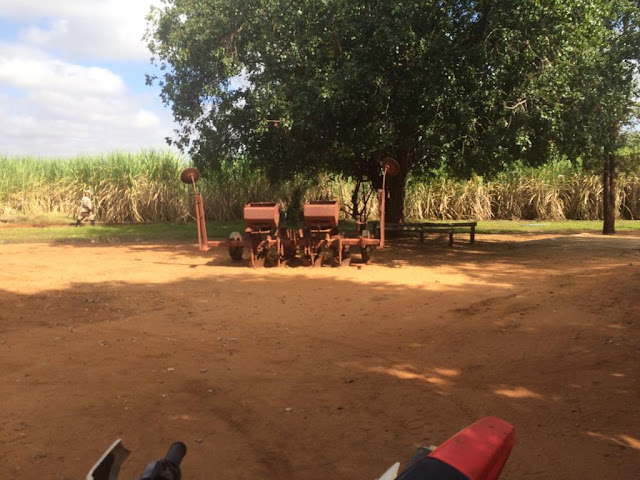 MWENEZI - A fresh land seizure has happened in the Mpapa area of Mwenezi where four men who claim to be soldiers on Monday, May 25, invaded a sugarcane plot which belongs to one Ann Brad Field and declared themselves new owners of the property.

The four men reportedly forced their way into the premises by hacking off the gate’s lock and demanded that workers accord them unrestricted access to all properties at the place.

The leader of the group was identified only as Chikura who reportedly hails from Harare.

Plot supervisor Joram Muvhuzhi said the four men had visited the plot before and had introduced themselves as soldiers.

“The four men forcefully drove into the premises by cutting the gate’s locks saying they were now the new owners of the place. They demanded access to all places at the plot. As I tried to get hold of the police, I left the place and they started preparing food for themselves. The owner of the plot was away when all this happened,” Muvhuzhi told TellZim News by phone.

White sugarcane plot holders in the area continue to face an uncertain future, with many of them receiving threats of eviction over the past three years.

In the run-up to the 2018 harmonised elections, some politicians made several attempts to evict one white farmer from his plot.

Mpapa, which fall under Mwenezi Rural District Council (RDC) Ward 13, is an area situated between the borders of Triangle and Mwenezi districts.

It has a total of 17 sugarcane farmers; 13 of them being Blacks while four are whites. Each farmer has an average sugarcane plot measuring 35 hectares.