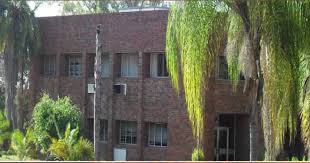 CHIREDZI - Chiredzi Town Council (CTC) executives and councillors have been rattled by the arrest of council planner Consider Kubiku by the Zimbabwe Anti-Corruption Commission (ZACC).

Kubiku is currently in police custody after being arrested over abuse of office allegations stemming from the allocation of residential stands.

Late last year, the United Chiredzi Residents and Ratepayers Association (UCHIRRA) wrote to the commission urging the investigation of widespread acts of corruption in council, ranging from the flouting of tender procedures to dubious stands allocation processes.

Last Friday, a three member team from ZACC descended on council with a court order warranting them to be availed with whatever information they deemed necessary for their investigations, leading to the arrest of Kubiku.

A source told TellZim News that the arrest of Kubiku was not unrelated to his misdemeanors during his stint as acting housing director in 2014.

"As acting housing director, he engaged in some shoddy deals and many red flags were raised by residents. But it is likely that many more people will be implicated since he did not act alone,” said the source.

The source said some serving councillors were also involved in corrupt deals in the allocation of residential stands in the Melbourne Park area.

ZACC commission, Justice Matanda Moyo had not responded to questions sent to her by the time of publishing.