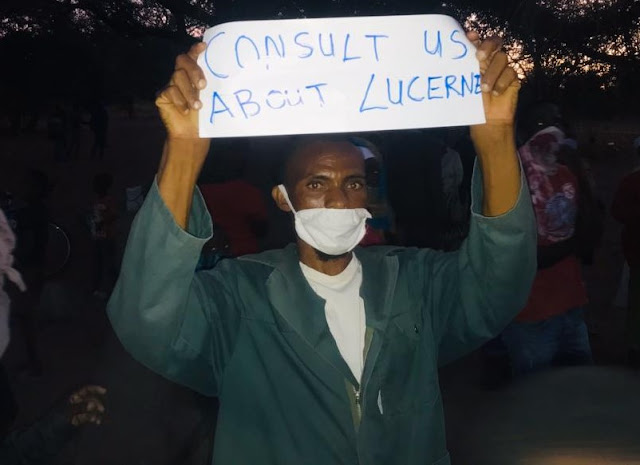 Chiredzi South villagers on Wednesday raised placards in the presence of vice president Constantino Chiwenga to protest a lucerne grass farming project which is bound to displace over 1 000 families from their ancestral land.

However, after Chiwenga's address, some villagers peacefully protested by raising placards inscribed with such messages as ‘consult us on lucerne’ and 'takaramba investor'.

Members of Chiwenga’s security team quickly moved to reign in the protesters so that the vice president could not notice what was happening.

Dendairy, a private milk producer, wants more than 10 000 hectares of arable land for the grass farming project in the area which lies south of Runde River in Chiredzi East and South constituencies.

In his 10-minute address, Chiwenga promised to resuscitate Chilonga Irrigation Scheme and vowed to push through the grass project which he said was important for the future.

"We need to create a better future for our grandchildren as we are not going to live forever. I heard Chilonga Irrigation Scheme last functioned in 2016, so we suggested it should be operational by August. We need to open up a huge piece of land to an investor who is coming but that will be done in consultation with our community leaders. 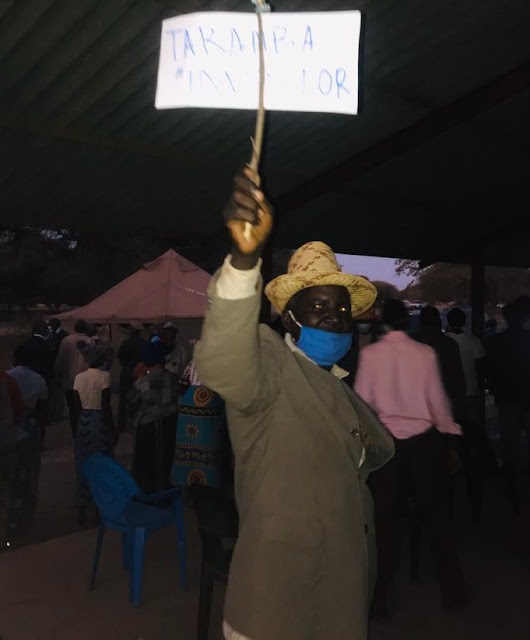 Without elaborating, he warned that rural people should expect a new form of societal organisation post-pandemic, arguing that the current arrangement was not sustainable.

Villagers are resisting government plans to remove them, fearing a repeat of the fate thousands of villagers who dumped in the semi-arid Chingwizi area of Mwenezi East with no basic amenities during construction of Tungwi-Mukosi Dam.

A few years ago, hundreds of families were displaced to pave way for bio-energy company Green Fuel to grow sugarcane and set-up an ethanol plant in the Chisumbanje area of the neighbouring Chipinge district.