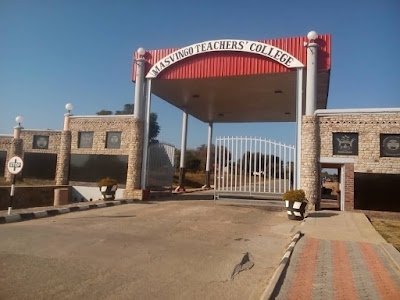 ...as Covid-19 positive cases are released into self-isolation

The five quarantine centres in Masvingo province are now largely empty due to low numbers of new arrivals from neighbouring countries, TellZim News can reveal.

With a capacity of 300 inmates, Masvingo Teachers’ College is the largest, followed by Masvingo Polytechnic which can hold 200 inmates at a time. Bikita Training Centre and Alvord can take just under 50 people each while Rupangwana can take only 26.

Speaking at a meeting of the risk communication subcommittee of the provincial Covid-19 taskforce over the weekend, Masvingo provincial information officer Rogers Irimayi said there were only 42 inmates at Masvingo Poly as on June 06, while all the other centres were now cleared.

“This is due to declining numbers of new arrivals being repatriated lawfully through the regular border points. It is worrisome; however, that many more people are coming back into the country through illegal crossing points in order to avoid mandatory quarantine. We urge members of the public to work with law enforcement and report such people who put everybody else at risk,” said Irimayi.

It was also revealed that the vast majority of the 37 people who tested Covid-19 postive in the province, had been released into self-isolation at home where the Ministry of Health makes follow-up checks on them.

Government last week published names of people who escaped from quarantine and urged the public to help efforts to apprehend them.