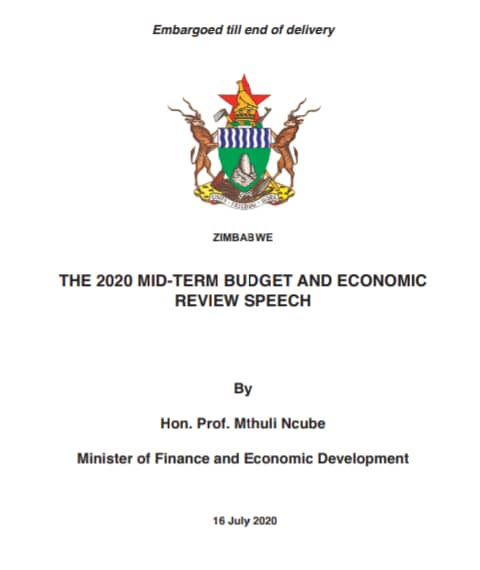 The Vendors Initiative for Social and Economic Transformation (Viset) has criticised the Mid-Year Budget Review recently presented by the Minister of Finance and Economic Development Prof Mthuli Ncube, saying it pays lip service to the struggles faced by people in the informal sector of the economy.

In a statement released in the wake of the budget statement, the organisation criticised many aspects of the budget review including failure to release money for disbursement to the most economically vulnerable citizens.

“It is saddening to note that to date there has been no meaningful disbursements of the cushioning allowance for informal traders that was announced back in April. The Minister, in his presentation, spoke only of a harmonised social cash transfer that is said to be targeting the poor in 23 districts, with 63000 households benefitting.

“In the interests of transparency, it would be proper to disclose the quantum that these households are receiving and through what payment method given the restrictions on bulk payments by mobile service providers,” Viset says in the statement.

The organisation also expressed displeasure that the money that government claimed to have set aside for social welfare grants back in April has not been reviewed upwards despite the ravages of inflation.

“There was no revision to the amount previously announced as a stimulus package for business of ZWL 18.2 billion despite the fact that inflation has already decimated this amount before we have even heard of any disbursements having been done.

“In light of the Minister's own acknowledgment that all sectors of the economy will record declines in production, with the manufacturing sector in particular recording a -10 percent drop, it is folly that not more resources were channelled in order to boost production and food security,” the statement reads.