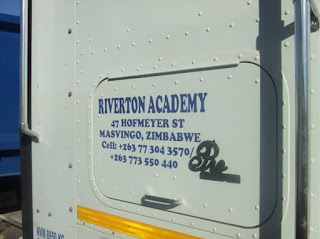 Reports that Riverton Academy has opened its doors for pupils some two weeks before the official dates has surprised many people, with some parents saying the rules were not being applied evenly.

Some Riverton Academy pupils in examination classes are said to be already settled at the school and are conducting lessons.

Parents who spoke to TellZim News said they were concerned that their own children in other private schools were losing out.

“If Riverton was allowed to reopen, why can’t other schools do what is required for them to be allowed to open early? It now feels like I enrolled my child at the wrong school,” said one parent with a daughter at a different private school.

Another parent, however, felt it was unwise to reopen the school when everybody else remained shut as it promoted a culture of impunity.

“I thought the lockdown applied uniformly to all and sundry so it is surprising that some schools are already up and running.  It won’t end well if we are to have an outbreak of coronavirus at the school,” said the parent.

Riverton Academy board chairperson Philemon Mutangiri, however, rubbished the reports as social media gossip, saying his school had only allowed children who came to register for their final examinations.

“Those reports are all social media falsehoods. We only had pupils registering for their final exams and some of them met their teachers and asked questions. You can’t expect pupils not to ask questions and get clarifications from their teachers if they got an opportunity to do so,” said Mutangiri.

Masvingo Provincial Education Director (PED) Zedius Chitiga said he had not authorised any school to open outside of the stipulated dates.

“We expect schools to open on 28 July for examination classes only.  I will investigate to get to the bottom of the matter,” said Chitiga.