Will Covid-19 bailout packages serve their purpose at club level? 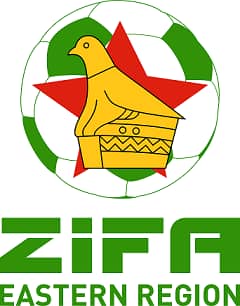 …as Una Una get $7 000 deduction for late affiliation

Recent weeks have seen a major tussle between Division One clubs, the elite league and Zimbabwe Football Association (Zifa) over the currency in which the US$1.8 million Covid-19 bailout package should be distributed amid transparency concerns.

Zifa, however, stuck to their game plan and distributed the funds in the local currency while clubs continue to lament the move which they described as a daylight robbery by the ever-controversial local football mother body.

With all affiliates in the country’s four Division One regions reportedly having received the funds, the big question still remains whether clubs themselves will pass the transparency test after Zifa failed the same test dismally.

Instead of distributing every cent, some of Zifa’s regional offices went on to bring out many technicalities and declaring that they will deduct their affiliation fees and fines from indebted poverty-stricken club’s relief packages.

It is a public secret that a sum of between $65 000 and $85 000 won’t be enough for cushioning a club due to the increasing inflation but every cent counts and it must be accounted for at all costs.

Club Executive members at some clubs have been eagerly waiting for their monies to reflect in the club’s bank accounts but the unanswered question will always be there, will the players benefit from all the proceeds?

The golden rule that no animal is more equal than the other should be seen in practice and extensive bookkeeping, consultations at executive and player level should be done.

Zifa went on to distribute money in local currency to regions without any consultations, this sparked debate and controversy and clubs mustn’t make the same mistake because anything for the player without the player is not for the player, hence the player being the major target of this relief package should be consulted.

Contacted for comment on how they are going to disburse their allocation, Bikita Minerals football club (FC) club chairperson, Mike Mushava said his club had received $85 000 from the region and they are yet to give it to their players.

“We received a total of $85 000 but we are still to decide how the boys will be given their money. Soon we will start consultations and do the process smoothly,” said Mushava.

However, the case is different for Masvingo United who have received only $78 000 instead of the allocated $85 000 after $7 000 was deducted as a penalty for late payment of affiliation fee since the club failed to affiliate in time and was bailed out by Masvingo City Council on the eleventh hour.

This was confirmed by Una Una chairperson, Hubert Fidze who said they were told that they were deducted of $7 000 as a fine since the region had to redo the fixture since Una Una was not featuring on the initial fixture and also revealed that they are yet to start sharing the money.

“The region fined us $7 000 that’s why we received $78 000 instead of the supposed $85 000 because they were fining us for late affiliation. They said that they had to do a new fixture because of us since we paid affiliation late.

“So far we haven’t done the disbursement but what I’m sure of is that the players will get a huge chunk of our own allocation then some sections like administration will get their own small portion. We will be consulting our stakeholders so that we do things the right way,” said Fidze.

Eastern Region vice chairperson, Wisdom Simba, confirmed that they had finished giving clubs their allocations also explained why Una Una had been fined.

“After the meeting, we successfully distributed $85 000 to every club in the region but for Una Una we fined them for affiliating late after we were done with fixtures and other clubs were done preparing for the season,” said Simba.

With Zifa regional leaderships now partially out of the radar, club executives in the four regions are now under scrutiny on how transparent they will be with the money after they made noise over the allocation.

Although the money will not sustain for a long time, clubs will have to prioritise player welfare ahead of everything else.

Zimbabwean local footballers have been greatly affected with the lockdown since their paymasters greatly depend on gate takings and with action on halt, it is difficult for clubs to stay afloat and cater for player needs.