Home » Local » Top Story » Has Zim given up on Covid-19 contact tracing? 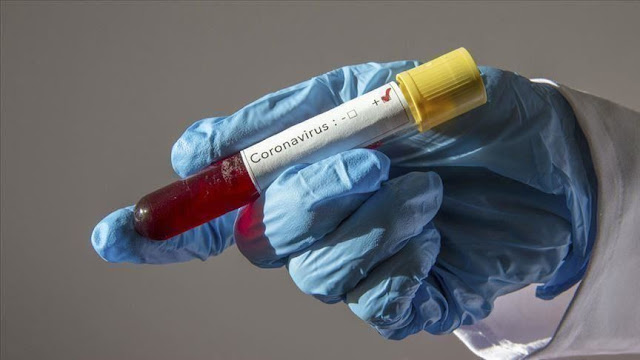 ‘One hundred and seventy-two (tested positive for Covid-19 today. These include returnees from South Africa (12), Botswana (8) and 52 local cases who are isolated. Ninety (90) of the local cases are contacts of known confirmed cases. Investigations are underway to establish the source of infections for the other 62 cases.’

The above insights form part of the Ministry of Health and Child Care’s bulleted introductory statements to the coronavirus prevalence report of July 24, 2020.

That had been government’s standard reporting format for its daily Covid-19 national tally for several weeks before it abruptly stopped.

The daily updates have always come in tabulated format depicting many aspects of the pandemic including the number of tests done, positive cases confirmed and new recoveries recorded, with data disaggregated by province.

On July 25, however, those with a discerning eye were taken aback to see that information on the contacts of new local cases had been omitted, and so was the hitherto predictable statement on investigations to establish the source of infections of the other cases with no known contacts.

This could have always been mere empty statements though; in a country where government stands accused of mishandling the pandemic, such a statement could have been just but another of the countless empty promises that people have become used to.

It could have simply been a matter of trying to reassure an unconvinced population that contact tracing and testing was indeed being done so as to create a sense of a job being done.

However, for authorities to abandon all pretenses altogether and risk panicking the nation is an act of sheer bravery.

Official statistics show that much of the most of the new infections since July are a result of local transmission and up until now, local cases have exceeded those returning from the diaspora.

On July 07, the country recorded 98 new cases of coronavirus, its then highest figure per day; 47 being locally-transmitted cases, 43 of which were contacts of known Covid-19 cases while the other four were from unknown sources.

On August 03, the country recorded 154 new cases, all of them local-transmitted but authorities did not give information on whether or not their sources of infection were known.

Countries that have been praised for their effective responses to the virus have achieved that partly through rigourous contact tracing and testing as well as well-managed lockdowns.

On July 04, birthday party which was reported to having been ‘wild’ was held at a lodge in the relatively affluent Bulawayo suburb of Burnside and several people are said to have contracted the virus there, with two of them dying of Covid-19 related complications at three weeks later.

The party is said to have been a source of many secondary cases due to poor contacts tracing.

In epidemiology, contact tracing is the process of identifying who possibly came into contact with an infected person and getting their details. By tracing these contacts, testing, treating and isolating them; public health workers get into a better position to tell if the contacts could possibly have been the source of the infection or if they could have got infected by the positive case they know.

This helps to ‘flatten the curve’ of transmission or interrupting the continuous spread of ongoing secondary infections among the population.

It is no question that Zimbabwe does not have capacity to effectively do all these things, and many people credit ‘the grace of God’ for the absence of a full-blown catastrophe whereby people drop dead on the streets.

A health professional who spoke to TellZim News on condition of anonymity as she was not allowed to give comments to the media said there was no meaningful contacts tracing and testing happening.

“Pretensions have been abandoned in view of the rising rate of new infections and there is no seeing how that can be stopped with very little resources available.

“Contacts tracing used to be done when locally-transmitted cases were low but things have changed drastically in the past few weeks, making it harder to manage. That’s the reason why investigation of infection sources for cases with no known Covid-19 positive contacts is no longer being talked about that much,” he said.

In Chiredzi, Masvingo province, the results of the district's first case were made available 10 days after samples were taken for testing, and chances are that the person had spread the virus among his/her many contacts in those 10 days.

In Manicaland, Provincial Medical Director (PMD) Dr Simon Nyadundu recently told the media that contact tracing in the province was inceasingly proving to be a logistical nightmare.

"The assumption had been that one case would have five contacts but unfortunately with local cases, we have had contacts as high as 34 for some. This is a reflection of the resources we would require to follow up all those 34 people because they are not in the same geographical area," said Nyadundu.

Chido Dziva Chikwari, the study coordinator at the Biomedical Research and Training Institute (BRTI) in Harare said contacts tracing and testing required vast resources and time, with Zimbabwe running out of both.

“What we have noticed in Zimbabwe at the moment is that there are long testing delays. For example if a person is symptomatic or had been in contact with someone who tests positive, they can wait for up to seven days for a test and thereafter, the results take an additional seven days to be processed and communicated.

“In such a situation, there is a very high possibility that in addition to that person being positive, they have been going about their life as normal while waiting for their results. Over 14 days, the number of additional contacts that person has would have increased significantly which makes contact tracing extremely difficult and much more laborious,” said Chikwari.

“If they are a highly-active person or one who interacts with many different people daily, trying to trace their contacts for the last 14 days or more is not easy in any setting. In addition to that, if any of the contacts of that one person tests positive, we then have an additional cascade of cases that need to be traced. It is a process that needs you to be fast and proactive which isn’t happening at the moment. With the rise in cases, it is also getting much harder to do. There are definitely many more areas of improvement,” Chikwati said.

She called for an acceleration of testing; saying access to testing had to be made easier for citizens.

“In addition to this, government, civil society and media need to educate people on all these steps. We were very aggressive when teaching about preventative measures but with rising cases, we need to be aggressive about the steps to get a test, informing people about contact tracing, what a positive diagnosis means and the requirements for isolation,” she said.