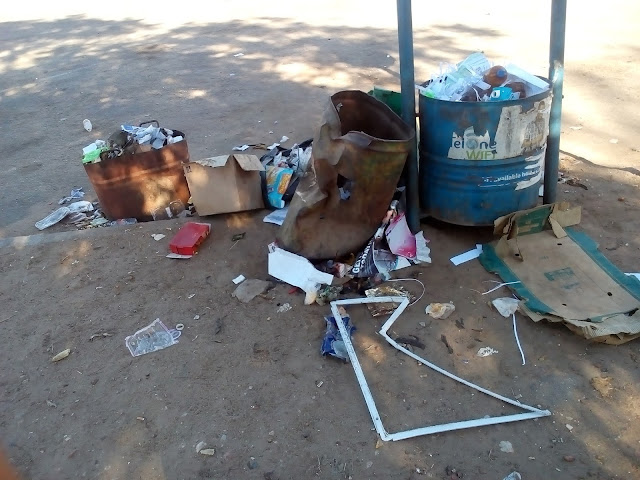 City of Masvingo has blamed acute shortage of diesel for the prolonged failure to collect garbage in residential areas and the CBD, but residents organisation Masvingo United Residents and Ratepayers Alliance (Murra) blames the crisis on misplaced priorities on the city’s leadership.

Residents of the high density suburbs are now desperate as their bins have not been emptied since mid-July, with some people in Rujeko now dumping their garbage in open spaces burning it up.

Council spokesperson Ashleigh Jinjika said they were struggling to get fuel for its two refuse compactors that often work around the cloak.

She said many suppliers were demanding payment in foreign currency which council did not have as residents were paying rates mostly in the Zimbabwe dollar.

“We are failing to procure fuel for our refuse trucks since most of service stations in town require payment in forex which we don’t have. Many residents are selling their forex in the streets and paying their bills electronically in the local currency,” said Jinjika.

She encouraged residents to pay bills in foreign currency so that council could be in a better position to deliver optimum services.

However, Anoziva Muguti of Murra said council should get its act in good order by prioritising key service delivery sectors.

“We are not happy by what council is doing. We expect them to religiously follow the refuse collection schedule because residents are paying for those services. Council recently raised service charges astronomically against our objections and in response to the decline in the value of the local currency against the US dollar so the excuse they are giving now cannot stand criticism,” said Muguti.

The residents’ organisation has also criticised the recent road signage changing exercise which was done in response to the renaming of some streets, saying it was not a priority in face of garbage that has not been collected for several weeks.