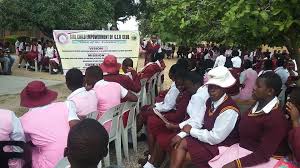 MASVINGO - The Progressive Teachers’ Union of Zimbabwe (PTUZ) says it opposes government’s decision to allow the sitting of November examinations even though pupils barely attended classes this year due to the coronavirus-induced national lockdown.

“The enunciation that November exams will be written as per tradition is at best a fantasy and at worst a fabrication of reality. Examinations are not an event but a process which includes preparing students adequately for such exams and that needs time. We must remember that learners were last in school on March 24,” said Zhou.

He said the Ministry of Primary and Secondary Education should rather engage all stakeholders to map a way forward.

“The process again includes guaranteeing the health and safety of teachers, pupils and ancillary staff. We certainly don’t see how the government could procure, let alone place in 10 000 schools Covid-19 abatement equipment (testing kits, thermometers, sanitizers and other PPEs) in schools and test millions of students and 136 000 teachers and 50 000 ancillary staff in order to ensure opening of schools soon and writing of examinations in November.

“Without clear benchmarks as to how this is possible, the enunciation remains mere rhetoric and homiletic bellicose. The health and safety of teachers and students must never be taken for granted yet there is virtually nothing that reflects any serious consideration,” said Zhou.

He said the economic welfare of teachers had to be addressed before schools are opened as a way of improving their morale.

“The current scenario where other sectors with less duties and responsibilities are earning more than five times the salary of teachers is unviable,” he said, in reference to security services personnel who are the best paid among ordinary civil servants.