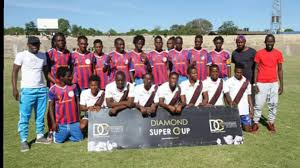 …as executive offers package as ‘signing on’ fees

Just a few days after receiving the COVID-19 relief package, bankrupt Masvingo United football club (FC) has capitalized on the funds and have reportedly opted to use the money as signing on fees to acquire the services of ‘new’ and old players, TellZim News has learnt.

Members of the technical team are reportedly on a recruitment drive where they are trying to lure players to sign $1 700 contracts but are facing a resistance from returning players who are demanding an explanation on why the club leadership waited for the COVID-19 funding for them to start contractual negotiations.

Una Una who were looking forward to extent their begging bowl to the corporate world failed to secure a single deal as businesses are grappling from the effects of the pandemic.

Some players who spoke to this publication on condition of anonymity expressed dissatisfaction with the way the executive is handling the funds which came from the Fifa and Caf and was mainly meant for their welfare.

“How on earth can Fifa (world football governing body) buy players for a football team? This money came to help us players during these hard times not to be used as signing on fees.

“We are disappointed with how they are treating us because we are starving and they want to take advantage of that situation and get us to sign contracts for free because the money which they are trying to use to lure us is primarily meant for us,” said the player.

Una Una club chairperson Hubert Fidze confirmed that they were using some of the money to sign players but said they arrived at the decision after wider consultations.

“Yes it’s true we are signing players using the large chunk of the money although the $1 700 is subject to change depending on the number of players we sign. This was decided after wider consultations with stakeholders including Zifa itself.

“Initially we were targeting to sign 22 players and now we have secured only 13 players because we are having challenges with some people who are claiming to be managers of the players.

“We will sign those who are willing and make them open accounts as soon as possible so that we transfer the money into their accounts,” said Fidze.

Zifa Eastern region chairperson Davison Muchena said the terms and conditions of the package were clear and that the region will demand a report from every club on how the money was used.

“The money came with the primary goal of cushioning signed players. When we held our meeting we agreed that clubs will bring reports about how they disbursed the funds and clearly show us their records and we expect those reports by end of September,” said Muchena.

With at least five players of their 2019 squad already signed with Greenfuel, Mutare City and Bikita Minerals and PSL debutants Tenax CS, Una Una are reportedly caught between a hard rock and hard surface as they continue to struggle to tie down quality players.

Other teams like Chiredzi Stars have gone an extra mile and cushioned their players with groceries but Una Una has failed to agree terms with the majority of last season’s remaining players.

Each team in the region was allocated a total of $85 000 but the Busmen as Una Una is also known in the football circles received an allocation which was $7 000 less as a penalty fee for late affiliation.

The new executive for Masvingo giants failed to source $26 500 for their affiliation fee and were rescued by Masvingo City Council who bailed them out on the 11th hour.