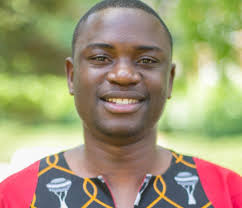 MDC Alliance national youth organising secretary Godfrey Kurauone will have to wait a little bit longer to have his case heard by Magistrate Patience Madondo after the State ‘failed’ to secure the docket from the police.

The Masvingo Urban Ward 4 Cllr is currently in remand prison over two charges related to the foiled July 31 protests.

Magistrate Madondo postponed the case to September 01, 2020 as the State is still gathering its case against him.

Human Rights Lawyer, Advocate Martin Mureri confirmed the development and said he has made an application for a full trial date for his client who has now spent over two weeks in remand prison.

“The State said they are yet to get the docket from the police so I have made an application for a full trial date before September 01 or else I will make an application that they will have to remove my client from remand prison until the State is ready,” said Mureri.

The MDC youth leader is facing charges of criminal nuisance where he alleged circulated a video in which people sang ‘Kana tatenderwa naMwari kubvisa Mnangagwa ichava nhoroondo’. He is also accused of endangering public safety by burning tyres and blocking the Mashava-Zvamahande Rd on July 31.

In a separate case, Kurauone is charged with undermining the authority of the President and is due to stand trial on August 25.