Is Zim ready for football return? 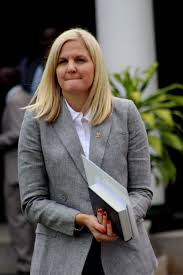 With pressure mounting for football action to resume, questions still remain as to whether or not a wholesome reopening of the game will not renew coronavirus infections at a time the country has recorded significant decline of active cases.

It is a public secret that the Zimbabwean economy has been on a life support system for many years with investment in football suffering considerably as a result.

Now with the pandemic seemingly far from over, many careers in the football industry have suffered immense damage.

Sport heals souls and keeps people occupied and their thoughts away from the political and economic crisis engulfing the whole country, but of what good will be sport when the players and fans are exposed to the lethal virus?

Football leaders in the country have failed to raise the standards of the game even in more conducive environments of the past. Rather, they have chosen to fatten their pockets and play politics with the game.

Government has also largely ignored calls for improve financial support for Zifa which has struggled for many years but that is a topic for another day.

The country’s stadia are below standard even for a Division One matches, and that is according to Fifa standards.

The ceremonial home of football, Rufaro Stadium is bad while the National Sports and Barbourfields stadiums were condemned and deemed unfit to host international matches.

Other football arenas in the country are just standard grounds which need major renovations for them to be used for official matches.

Our stadia do not have good drainage systems and we might see the funniest games of our lifetime with waterlogged and muddy pitches if full-fledged football is to resume.

Not only that, the pitches themselves will pose a very hazardous threat to players due to the lack of drainage, meaning players will find it hard to adjust to a slippery pitch.

For example, one can imagine a D1 match in Mucheke Stadium which is infamously known for waterlogging during the peak days of Una Una.

In that stadium, grounds men would connive with Masvingo United to water the pitch and the trick usually worked in their favour.

With regards to player testing and keeping them away from the dangers of the pandemic, it is like trying to climb to the top of Mount Kilimanjaro in 30 minutes.

One PCR test kit costs nothing less than US$60 and with a team of 18 players and at least five members of the technical department, one could easily imagine how many teams will struggle to regularly test their players on a weekly basis.

One of the key questions to this issue is, how will PSL and Zifa enforce continuous testing when they themselves are bankrupt? This is not to mention clubs which survive on gate takings and for them to play in an empty stadium will be a major blow which would lead to mayhem between players and management over allowance and salaries.

Although authorities are mulling a bio bubble, the pertinent question is, will it be affordable and sustainable?

According to terms of the proposal, teams will have to camp at an isolated area but this remains a dream which might be difficult to wake up from.

Who will cater for the food, allowances and accommodation costs incurred during the camping since other PSL clubs don’t have the capacity to camp?

Transport issues will also affect the resumption efforts since most of players in the PSL and D1 league use public transport which further risks them and their families and only a few players have personal cars.

Assuming action has been resumed and tragedy strikes, who will be held accountable since both the government, PSL and Zifa are known for pointing fingers at each other?

Zifa has sent a proposal for activities to resume but the government also wrote back a proposal and this clearly shows that there are some anomalies which need to be addressed first before the high contact sport begins.

Since all leagues had not commenced, it will be for the good to declare the 2020 season null and void, to allow team’s coffers to gain and also to give amble time for them to source and secure funding and avoid chaos and confrontations with players like the Nhamo Tutisani and Caps United players saga.

Rather, the authorities should consider with caution pleas from teams like FC Platinum who are supposed to compete in the Caf Champions League in November.

The government has been relaxing lockdown restrictions due to the increased number of recoveries from the disease which is a great positive move but for the recommencement of football it might be quite a rushed decision.

Other countries like South Africa, Zambia and Tanzania have continued with their leagues after a careful approach was made with great cooperation from their governments, football associations, league authorities and the clubs themselves.