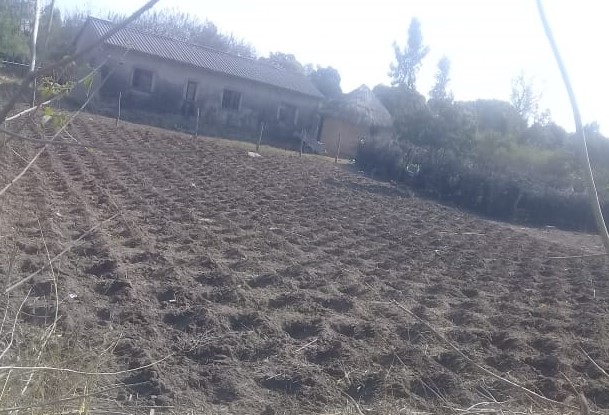 Farmers in Zaka district have started preparing their land for a dry-planting initiative known as pfumvudza which is being promoted by the Ministry of Agriculture and some Non-Governmental Organisations (NGOs).

In many villages, land preparation has been done, with holes already in place as people expect an earlier than ordinary start of the rainy season.

A local farmer who spoke to TellZim News said he expected a better harvest in the 2020-2021 farming season even if the rains were to turn up to be not so good.

I have gone through so much learning with regards to pfumvudza and I think it will help me and others get more food for our efforts on the land. Last season, most of our plants died due to moisture stress because the rains were not stable,” said one villager.

“This planting method gives farmers a better chance to produce more yields per acre when the rains are not very friendly because it helps to preserve moisture. The country has not had a reliable rainfall pattern over the years due to climate change and this district is badly affected,” said Makunde.

Shylet Mutendeudzi, an extension officer based in Masvingo rural, agreed with Makunde saying it was important for farmers to adopt farming methods that are responsive to climate change.

He said government’s intervention through the Presidential Input Scheme will ensure that more land in the rural areas is put under cultivation to improve food security.

The pfumvudza method involves making composite heaps from which manure is obtained to fill small, dry holes prepared in the fields.

By filling the manure directly into the hole, little of the manure is wasted and this also helps in moisture retention when rainfall is erratic.