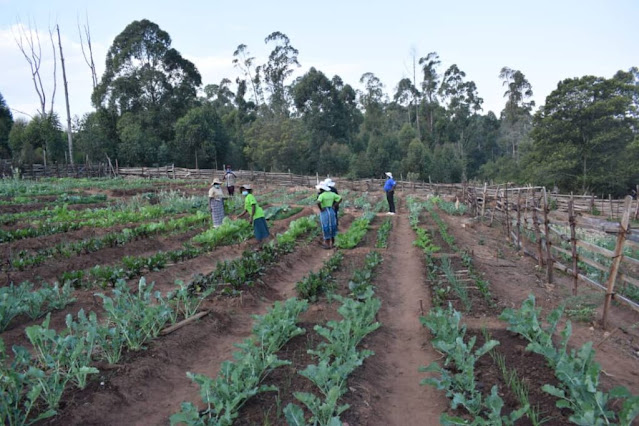 CHIPINGE - The Food and Nutrition (FAN) clubs             that were established by development Non-Governmental organization Africa Ahead are helping communities to cope with an otherwise dire situation.

The development organisation started by initiating health clubs and building 75 houses in Chipinge rural wards 2, 9 and 14 for the victims of tropical Cycle Idai which severely hit Chimanimani and Chipinge districts in March 2019.

It was during the handover ceremony of the 75 houses that Africa Ahead country director Regis Matimati decided that the health clubs should transform into Food and Nutrition ones.

TellZim recently went to Chipinge rural Ward 2 in Ngaone and witnessed many developments that are related to the Food and Nutrition clubs.

Africa Ahead managed to rehabilitate seven natural water springs in Samhutsa, Toti and Tsododo areas. The water springs are providing water for domestic use as well as farming.

According to Enety Gwiza, the treasurer for Rujeko FAN club in Tsododo village, members have improved their livelihoods through food and nutrition initiatives.

“With support from Africa Ahead, we initiated health clubs by building toilets for members. We later graduated into FAN clubs. After acquiring garden sites from our traditional leaders, we used recycled material to construct fences for our gardens.

“We don’t use irrigation but acquire water from streams and natural water springs. When the gardens flourished, we agreed that a member is allocated at least one bundle of each vegetable type per week. All other produce is sold and the money is saved,” said Gwiza.

The treasurer outlined proceeds from the food and nutrition activities are transforming their lives.

“We have 74 members in Tsododo village. Each member represents a household. Clubs members share dividends from the sales after six months. Some members managed to embark on livestock production using proceeds from the FAN clubs. This is improving our lives in Ngaone,” said Gwiza.