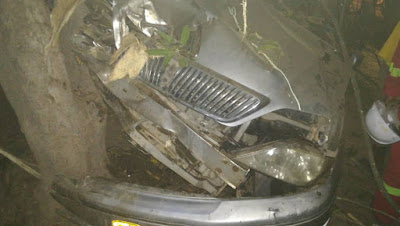 Since government introduced the Covid-19 national lockdown in March this year which banned inter-city and inter-district travels, the number of unlicenced driver seems to have increased as police now tend to ask for from motorist letters confirming that they work for essential goods and service providers and forget to see driver’s licences.

New challenges, however, began to emerge as police got more involved in confirming travel eligibility than in enforcing road traffic law.

This is perhaps an understandable distraction on the party of law enforcement agents as their principal concern changed from road traffic law to lockdown regulations which were made to fight the spread of coronavirus.

Some police officers seem to operate with the basic assumption that a person without a driver’s license would never attempt to drive past those severe roadblocks, but information gathered by TellZim News suggest that they are wrong.

With mask and an exemption travelling letter, an unlicenced driver could easily pass through a roadblock during the tightest phase of the lockdown.

The lockdown made unlicenced drivers to focus only on getting travel clearance to enable them to do their hustles as road traffic law now seemed to play second fiddle to lockdown regulations.

Some pirate passenger vehicles still plied routes despite the lockdown, leading to a number of serious accidents blamed mostly on human error.

Repeated efforts by the Traffic Safety Council of Zimbabwe (TSCZ), which works to improve road safety through the mobilisation of the collective will of all citizens, do not always yield required results as people seem to be not very much worried by road traffic safety issues.

TSCZ spokesperson, Tatenda Chinoda called on motorists to adhere to the rules of the road and lessen the burden on law enforcement agencies who are busy enforcing lockdown regulations.

“When you are in a crisis, much of your focus shifts towards the crisis but that should not give motorists a chance to flout other laws, rules or regulations. From a road safety perspective, law enforcement agents’ exercise discretion and try to bring convenience onto the roads since our road users are well aware of what the law requires,” said Chinoda.

Road traffic accidents are the 10th leading cause of mortality among the 1.35 million deaths recorded worldwide with most of the victims being pedestrians and cyclists. Data has also shown that lower volumes of traffic on the roads due to the lockdowns does not necessarily translate to fewer cases of accidents as motorists tend to be even more reckless when the roads are emptier.

During the night of August 28, 2020, Tendai Gondo an unlicensed Toyota Vista driver ran over seven pedestrians claiming three lives in the high density suburb of Pangolin in Masvingo while driving allegedly under the influence of alcohol.

Gondo had spent the whole day driving the vehicle and eyewitnesses saw him driving around freely.

Masvingo police assistant spokesperson, Ass Inspector Kudakwashe Dhewa said it was not necessarily true that police were getting pre-occupied with enforcing the lockdown at the expense of road traffic law.

He said many motorists were avoiding roadblocks but he could not completely rule out observations that police were no longer as much worried about driver’s licence as they did before the lockdown.

“We were asking for licenses at roadblocks but some of the motorists would use undesignated roads to avoid police checkpoints,” said Dhewa.

A female motorist who spoke to TellZim News said only her employers exemption letter would see her through a roadblock into town.

“I would just show them a letter with a logo, written and signed by my boss and make sure that I don’t carry any passenger. They then just waved me through and sometimes, my uniform alone was enough as some of the officers at the roadblock had become familiar with me,” said the driver.

Within this whole debate also emerges the issue of corruption on the apart of both law enforcement citizens and equally immoral motorists.

In May 2020, a Masvingo police officer appeared before Magistrate Mbonisi Ndlovu facing charges of criminal abuse of office after he allegedly received a US$50 bribe from a motorist who was taking his sick mother to hospital on April 21, 2020.

Tatenda Mtigwa who was manning a roadblock with other members of his unit and military police along Masvingo-Mashava road just after SIMBI plant, demanded an exemption letter from Rangarirai Chikozho which he did not have.

Chikozho, who was driving a Nissan Caravan, was ordered to turn back but he pleaded for passage which he was offered by Mtigwa upon payment of US$50 bribe which he did in US$5 notes.

The matter came to light when other senior law enforcement agents who were passing-by took action after noticing that some bribery was occurring.

As the lockdown continues to ease, it is important for all stakeholders to acknowledge that both the lockdown regulations and road traffic law need equal attention. It would be meaningless to save citizens from the Covid-19 causative agent coronavirus only to let them perish in road traffic accidents.