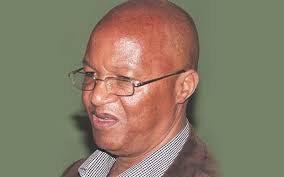 Earlier this month, TellZim reported that members of the Zimbabwe Anti-Corruption Commision (Zaac) were in Masvingo where they questioned many officials including former town clerk Adolf Gusha.

As more details unfolded, it was realised that Gusha had not been questioned by the said legal authority and neither had he sought assistance of any lawyer in connection with the matter.

As a matter of fact, members of the Land Commission which for some time now has been investigating the sale and use of state land in and around urban centres since 2005 had visited the city and sought audience with many officials excluding Gusha.

As a consequence, this caused substantial damage to Gusha’s name.

“I feel abused by the article as the allegations made against me seek to sully my record as a public official; an act that seriously degrades my public standing,” said Gusha in his submissions to TellZim.

TellZim would like to apologise for the inconvenience that might have been caused by the story to Gusha, his friends, family and other concerned citizens.