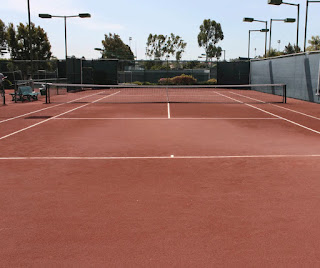 The newly elected Masvingo Tennis Board has vowed to transform the game of tennis in the province and make sure that the bar is raised to a competitive level in the country.

Munyaradzi Thomu who was elected on October 17, 2020 as the board chair after serving for 12 months on interim basis vowed to up the standards of the game in the city.

The elective Annual General Meeting (AGM) which was presided over by Tennis Zimbabwe (TZ) president, Biggie Magarira, saw Thomu, who seems to be steering the ship in the right direction, being re-elected to serve a three year term.

Speaking to TellZim News, Thomu said his new board is dedicated to change the state of tennis in Masvingo and also upgrade infrastructure for them to meet the required standards to host international tournaments.

“Tennis has for long been seen as an exclusive sport associated with private schools but what we know is that there is a lot of talent out there which only needs to be tapped so that it blooms. As the new executive we are going to explore every talent so that we export and put the province on the next level,” said Thomu.

He also revealed plans to upgrade tennis facilities in Masvingo and that the TZ president had concurred to the plans which he hopes will be to the advantage of local players who have struggled to break into the international arena.

“We want to transform Masvingo province into Zimbabwe’s clay tennis court specialists and the Tennis Zimbabwe president concurred that Zimbabwe’s international players have found the going tough in most tournaments outside the country where they play on clay courts.

“He also supported our vision to have clay courts in Masvingo. He urged us to have at least eight clay courts so as to be able to stage ITF tournaments,” said Thomu.

Thomu will be deputized by Wilstaff Sitemere, Norman Mutore occupies the Secretary’s post, Chipo Timothy comes in as the Vice Secretary, and Melody Juma was voted Treasurer while Edmore Mkwenje, Tawanda Makaranga and Tendai Mhaka make up the committee.

The new board is expected to continue with the projects which were being implemented by the previous interim leadership which had set up a vibrant junior league which was helping in nurturing and tapping new talent.

Masvingo is expected to host two major tournaments before year end and the province will also seed its U18 players to compete in International Tennis Federation (ITF) tournaments in November and early December this year.