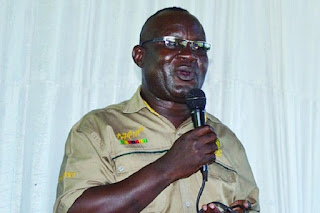 Veterai, who was a key player in the sugar industry, was the chairperson of the Zimbabwe Sugarcane Development Association (ZSDA), a farmer grouping which facilitated the introduction of a certificate in sugarcane agriculture by the Great Zimbabwe University (GZU).

A letter signed by Zanu PF secretary for administration Obert Mpofu shows that Veterai was conferred a liberation hero status on November 24.

“His Excellency, The President and First Secretary of Zanu PF Cde E.D Mnangagwa has conferred a liberation Hero Status to the late Cde Edmore Gochai Veterai who died on 23 November 2020 and will be buried at Farm Number 30, Hippo Valley, Chiredzi. The family can be contacted through our Masvingo Provincial Office,” reads the letter.