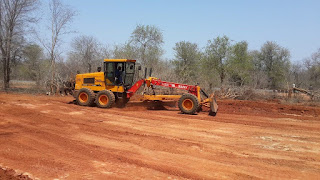 CHIREDZI- Chiredzi residents have raised alarm over the unfair distribution of stands by Chiredzi Town Council; saying the distribution processes favor the elites, TellZim can report.

Chiredzi Town Council recently held a 2021 budget highlight meeting at the council’s boardroom, where resident association were invited to deliberate on the 2021 budget.

Speaking during the meeting, Chiredzi Residents and Ratepayers Association (CHIRRA) member, Lloyd Sithole argued that there was need to formulate a policy guiding the distribution of stands.

He said this will prevent the creation of an empire by elites some of whom are in the habit of reselling the same property at exorbitant figures to the next home seeker..

"There is need to formulate a policy which guides on the distribution of stands. The rich guys are benefitting more than the general residents, who will later sell the same stand which he/she was sold at a reasonable price with an exaggerated figure,” said Sithole

United Chiredzi Residents and Ratepayers Association (UCHIRRA) advocacy officer Bernard Dhachi highlighted the need to raise cession fee to punish those who just purchase land for resell in a bid to end land corruption in Chiredzi.

“There is growing corruption on stand purchases in our council. I suggest we raise cession fee to an amount more than US$1 000 in 2021 to punish those who purchase stands for resell,” said Dhachi.

Council was urged to consider all its residents including those living with disabilities whenever resources are being distributed.

There was gross corruption on the newly developed Medium Density stands (Melbourne Park) as council officials and councilors allegedly sold stands with US dollars before instructing the beneficiary to pay a paltry RTGS$35 000.00 to the local authority after paying an admission fee of US$4 500.00 which will be shared among the entire food chain.