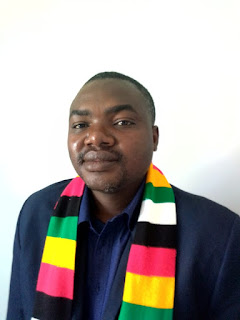 …‘one suspect shot dead in Zaka’

The robbery, which happened in the early morning hours of Thursday, February 11 at around 0100 hours, is among the many armed robbery cases being reported in the province and country at large.

Zizhou, who was at home with his wife, told TellZim News that his family was safe and the robbers only demanded cash, cellphones and keys to his car.

“It happened so fast. I was at home sleeping at around 0100hours when I heard people trying to gain entry into my house.

“They were banging the door using a crow hammer and they managed to gain entry. They were five and two of them were armed with pistols.

“They pointed their guns at me and demanded cash. I did not have much money in the house. They also demanded the keys to my car and took my cellphone together with my wife’s,” said Zhizhou.

Zizhou said the robbers ordered him to take them to one Ncube, who is a fuel dealer in Rutenga, where they forced him to knock at the door.

“They took about US$2 000 from me and marched me at gun point to my associate Ncube where they ordered me to knock at the door.

“Ncube opened the door and the robbers pushed me inside taking us hostage before demanding cash. They took about US$17 000 from Ncube before marching me back to my house where they took my truck and drove off.

“We reported the matter to the police at Rutenga,” said Zizhou.

Masvingo provincial police spokesperson Inspector Kudakwashe Dhewa could not be drawn into comment as his mobile went unanswered but police sources say three suspects were already in custody and one was shot dead in Zaka on Saturday night.

The police are said to have tracked one of the suspect, Maxwell Matembudze, to Zaka where they spend three days hunting him down until the stakeout turned fatal when the suspect was shot dead when he attempted to run away.

Zizhou will represent Zanu PF in the Chivi South parliamentary by-elections once the blanket ban on all electoral process due to Covid-19 is lifted.