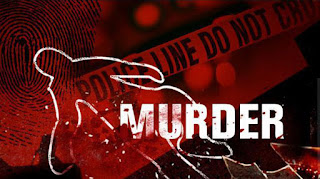 A man from Chief Nyajena area was recently arrested after he fatally assaulted a cattle herder with the help of his friend for herding cattle in his uncultivated field, TellZim News has learnt.

It is alleged on February 25, Jameson Makudo from Chebani village under Chief Nyajena and his friend Hillary Moyo of Chikwadze village found Mutanda Mapfurira  herding cattle in the former’s uncultivated field.

Makudo is said to have been infuriated by the deceased’s actions and went on to assault him with fists.

Makudo allegedly picked up a stone and struck Mapfurira on the forehead, chin and on the mouth before Moyo joined in and started assaulting the deceased with a whip.

After the savage attack, the now deceased is said to have taken his herd home and secured them inside the kraal.

The now deceased is said to have limped his way to his place where he narrated the ordeal to his brother.

The following morning, the now deceased’s condition deteriorated and his brother went on to report the matter to the police.

Mapfurira died while his brother was at the police station.

Masvingo provincial police spokesperson, Inspector Kudakwashe Dhewa confirmed the incident and urged people to look for an intermediator to help them settle their disputes.

“We urge people to try by all means to consult someone who will help them settle disputes rather than engage in fights,” said Dhewa