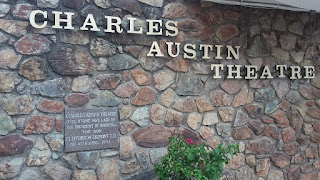 City of Masvingo has decided to lease out Charles Austin theatre and ordered Masvingo Theatre and Arts Club to vacate the premises and wind up their activities by June 30, 2021, TellZim News has learnt.

Council decided to evict Masvingo Theatre and Arts from the Charles Austin theatre premises on the grounds that it has allegedly turned the premises into a brothel.

“It has always be on lease for the purpose of theatre and arts but our greatest worry as local authority is about the things that were happening there, we can’t sit and watch the place being turned into a brothel,” said City of Masvingo Acting Town Clerk Edward Makaratirwa.

Chairperson of the Charles Austin Theatre club, Charles Munganasa, dismissed the brothel allegations, lambasted and dared Mukaratirwa to present evidence to his claims.

“The Town Clerk (Mukaratirwa) has an old software of assuming that where ever there is a youth gathering there are acts of immoralities. The Town Clerk does not have any evidence on what he is saying,” said Munganasa.

He further alleged that council is taking advantage of owning the premises but neglecting its duties and said the local authority should give the theatre club a thumbs up for producing prominent artists in the country.

“The council should cherish us for the good works that we have done. We have produced very good artists such as Belinda Potsi, current Miss Tourism Zimbabwe, Garry Mapanzure among others,” said Munganasa.

He said that the council was now betraying the theatre artists who were led by the late Doug Hill.

It is said that Hill donated the theatre to council but the council was negating the artists and making the venue more of a business venture.

“There is an agreement between the two parties, so they should first tell us where we breached the first agreement and we can start talking about eviction from there,” said Munganasa.