Home » Court » News » Peacemaker turns victim, as he gets killed for taking side

Peacemaker turns victim, as he gets killed for taking side 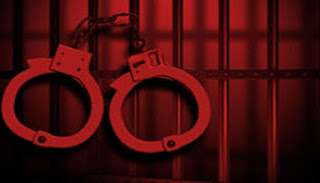 GUTU- A man from Mafukidze village under Chief Chimombe in Gutu, was fatally struck by a log for allegedly taking a side, while trying to make peace between two men who were having a misunderstanding.

Masvingo provincial police spokesperson, Inspector Kudakwashe Dhewa confirmed the death of Tafadzwa Chinongoza saying they had received the report and the matter was now before the courts.

“We received a report of a Gutu man who died due to injuries sustained when he was struck for interfering in a fight on March 6. However, the case is now at court for prosecution”, said Dhewa.

It is alleged that on March 06, 2021 at around 7pm, Chinongoza left his home headed to Chomungai Business Centre.

Chinongoza tried to separate the two but he was embroiled in the misunderstanding and ended ganging up on Chikango.

Realising that he was outnumbered, Chikango took to his feet and was pursued by Chinongoza and Maburutse towards the backyard of Chomunga New Generation Shop.

Chikango then took a log from a fire stake and hit Chinongoza once on the head.

Chinongoza fell on the ground helplessly and Chikango continued to assault him all over the body.

A police report was made by Chinongoza the following day at Bhasera Police station, leading to the arrest of Chikango.

Chinongoza proceeded to seek medical attention at Chimombe rural clinic where he was transferred to Gutu Mission Hospital.

His condition however worsened and was transferred to Masvingo Provincial Hospital.

His health continued to deteriorate and was transferred to United Bulawayo Hospital where he died upon admission on March 11, 2021.