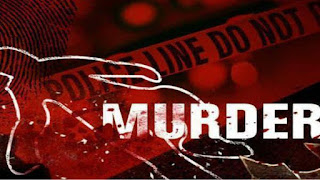 Gift Munhenga (53) from Wimpy was last week murdered in cold blood by his neighbour Wellington Masikati (24), after Masikati’s wife had sought refuge at Munhenga’s homestead over domestic issues with her husband.

“The accused Wellington Masikati has since been arrested and is facing murder and assault charges. The deceased’s body was taken to Masvingo Provincial Hospital where a post mortem was done. We urge members of the public to amicably solve domestic issues so as to avoid these kinds of scenarios where human life is lost,” said Inspector Dhewa.

On March 25, the accused is said to have been involved in a serious domestic misunderstanding with his wife Cecilia Mutongi and severely assaulted her, because she had not cooked Sadza for him.

Cecilia Mutongi managed to escape and sought refuge at their neighbours (Munhenga) homestead.

Munhenga who was with his wife Perina Chareni and their 14-year-old child in the kitchen then accommodated Mutongi.

The accused reportedly ganged up with his two friends, Takudzwa Chitumba (24) and Lovemore Chisiya (22), followed his wife and found her sitting in Munhenga’s kitchen.

Masikati started shouting at the deceased and went on to assault him with a handle of an axe all over the body.

He further grabbed Munhenga, dragged him outside and hit him on the head and stomach with a brick.

Masikati also assaulted Munhenga’s wife with a brick on her legs and head as she tried to stop the accused from assaulting her husband.

Munhenga’s wife managed to flee from the scene and reported the assault to Masvingo Rural Police.

The police attended the scene and found Gift’s lifeless body lying on the ground outside his house.