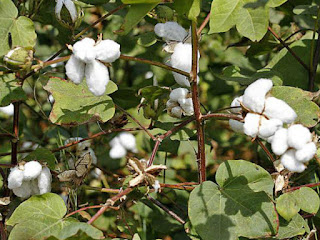 …as farmers threaten to withhold yield over non-payment

CHIREDZI- The Agricultural Marketing Authority (AMA) together with the Cotton Company of Zimbabwe (Cottco) last week launched a new cotton hybrid seed, Mahyco 571, which is said to adapt to climate changes.

Mahyco 571 is a new cotton variety which was developed by Quton Company to adapt to climate change and can produce a boll weighing more than 6 grams, with a single plant producing more than 100 bolls.

AMA area manager Simon Pande said his organisation was there to ensure that farmers have maximised their production as well as secure the market for their crop.

“We are moving with time introducing new seed varieties which can sustain climate change. Farmers need to maximise their production by yielding more than 1 900 kilograms per hectare, that is why we are introducing the new Mahyco 571 seed,” said Pande.

Meanwhile cotton farmers have protested the delays in payment by Cotton with some yet to receive payment for their deliveries from the 2019-2020 farming season.

Addressing farmers at a 0.5 hectare demonstration plot in Crown Range last week, Chiredzi North legislator Roy Bhila lambasted Cottco for failing to live up to their end of paying farmers for the cotton delivered to them.

“Before we could talk about the new cotton variety, we should discuss pending issues first.

“Last season farmers were not paid for what they delivered at Cotton except for some few groceries. From what I can see, the company is also looking after this year’s crop before they could even settle the last season’s debt.

“This is derailing the vision 2030 of the middle income economy as farmers were equipped with land in order to self-sustain but you are letting them down,” said Bhila.

Last year, the cotton company of Zimbabwe failed to pay farmers of their produce and gave them grocery hampers.

Over 300 cotton farmers from Masvingo district, who are serviced by the Jerera depot, have registered their displeasure with Cottco’s no payment saying they would hold on to their harvests until they are paid their dues.

Moses Mutoko a cotton farmer said the company made payments plans with farmers where farmers chose groceries or money as a form of payment and those who chose monetary payment have not yet received anything.

“We have been waiting for our payment for a long time now and we depend on that money as farmers, we have tried to consult the manager many times and all we get are delays.

“We are tired of waiting all we need is our money and if we do not receive payment as soon as possible we will keep our cotton and find other trading ways,” said Mutoko.

Chinodyanyama said the situation was beyond his office and only the higher office at the headquarters could solve the impasse and he assured farmers that payment was on the way as soon as members from the headquarters confirm with him.

“This is a national situation and only confirmation from the headquarters in Harare can fix this issue but I assure farmers will receive their payments eventually,” said Chinodyanyama.