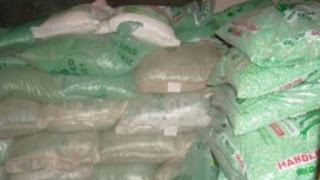 A man from Summerton in Masvingo recently appeared before Masvingo Magistrate Patience Silaigwana on charges of assaulting a fellow villager after a dispute over allegations of unfair distribution of the presidential inputs.

The case was postponed to 27 May as some of the witnesses were unavailable.

Circumstances are that on October 25 at around 09:00hrs, Manenji had a misunderstanding with Manyanye over the issue of presidential inputs which she felt she too was supposed to receive.

When Manyanye asked for the reason why she was being excluded from the inputs scheme, Manenji told her she was not attending Zanu PF meetings hence the exclusion.

The argument began to degenerate and Manenji started beating Manyanye with bare hands twice on the left and right cheek.

After hearing that Manyanye had had an argument with her husband Manenji, Sibiya went to Manyanye’s homestead and started shouting at her before hitting her on the back with a log.

All this happened in the eyes of Stella Maseko who hurriedly came and tried to restrain them from fighting.

Manyanye sustained invisible injuries and a medical report was produced in court as exhibit of the assault.