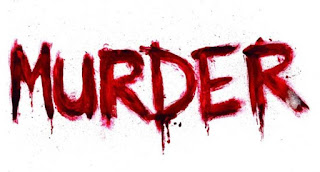 MASVINGO-Police has opened murder investigations after a decomposing human body was found burnt beyond recognition in Masvingo CBD on Monday May 31.

Masvingo Provincial Police Spokesperson Inspector Kudakwashe Dhewa confirmed that police is suspecting murder as there were blood stains on the durawall, blood stained bricks and burnt clothes on the human remains found on Monday.

“A human body was found burning and in a decomposing state by Munyaradzi Mutasa after a foul smell developed around his workplace and he informed the police who attended the scene.

“Police saw blood stains on the durawall, a dead human body burnt beyond recognition, bricks and burnt clothes on the scene. They took the body to Masvingo Provincial Hospital for postmortem. Thorough investigations are underway and we are appealing for any information that will lead to the arrest of the perpetrator,” Dhewa said.

A mentally challenged man, Kelvin Matimamwe (33) who used to roam around the area where the body was found is assisting police with investigations after he alleged that he saw four men chasing someone around the area days before the alleged murder.

Allegations from vendors who work around the scene are that Matimamwe could be the number one suspect because he was always been indicating violent tendencies.

Masvingo has seen a surge in the number of street urchins recently, some of whom have become violent and destroying property.