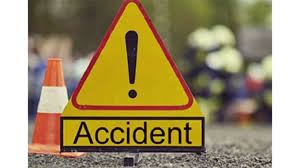 CHIREDZI- A 16-year-old boy died on the spot when he was hit by a car while pulling sugarcane from a moving haulage truck along Ngundu-Tanganda Road.

Vincent Pepukai, who suffered multiple head injuries and was declared dead on the spot was hit by a Toyota Dyna near the 104km-peg towards Chiredzi on May 29.

Masvingo Provincial Police spokesperson Inspector Kudakwashe Dhewa has confirmed the incident and said the deceased was knocked down after pulling sugar cane from a moving haulage truck that was headed towards west.

“Pepukai was hit by a Toyota Dyna that was approaching 104km peg towards Chiredzi. The driver lost control and swerved to the left and stopped but the boy had already died on the spot due to continuous bleeding and multiple head injuries.

“Pedestrians should always be careful on the road and be cautious to avoid fatalities,”said Dhewa.